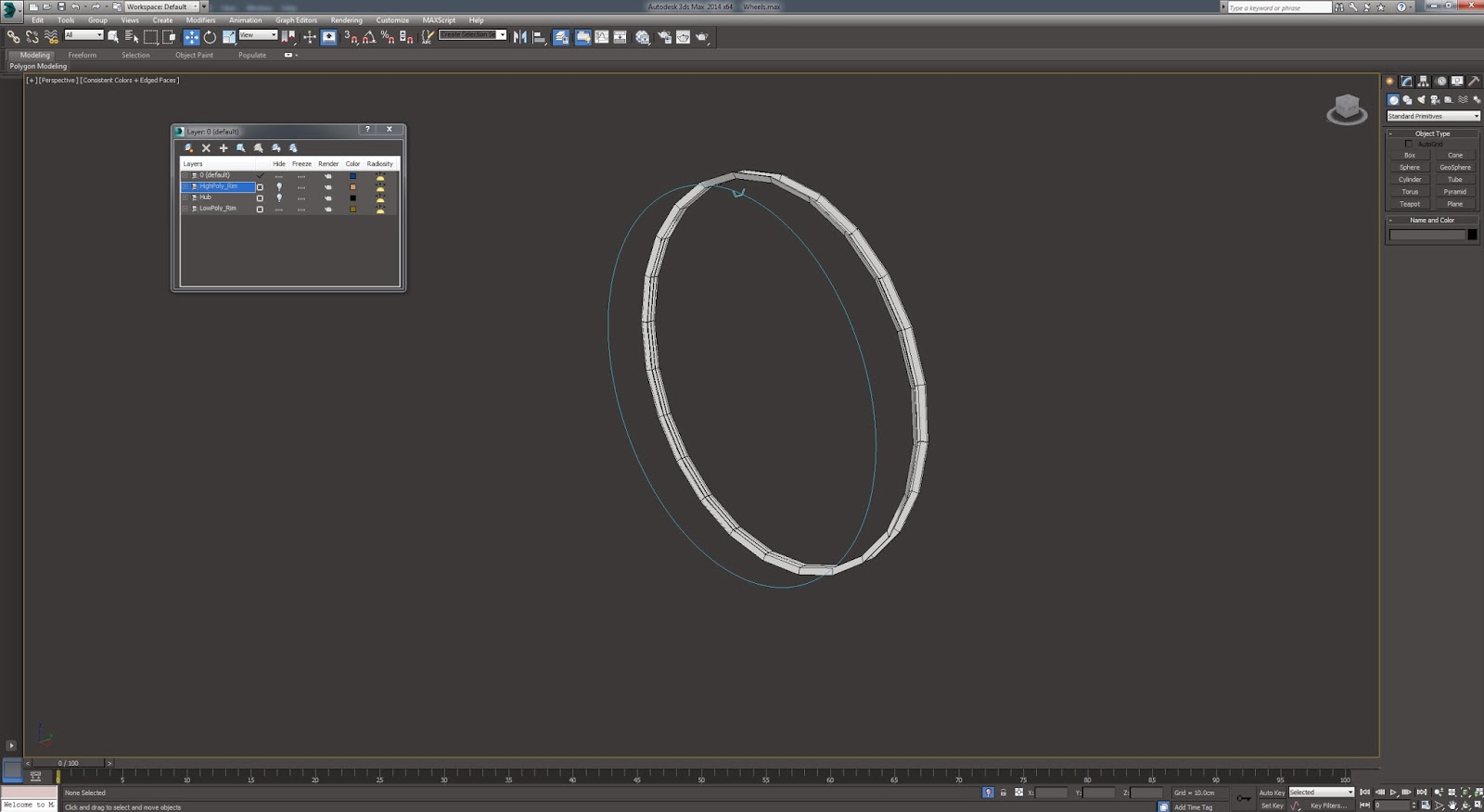 The starting point for my production on the bike was the wheels. I created the rim first by creating a circle spline with diameter of 26 inches the second part I created a spline in the shape of the rim bevel. I used the loft tool to then create the 3d model, This allowed me to get both a low poly and high poly model very quickly. 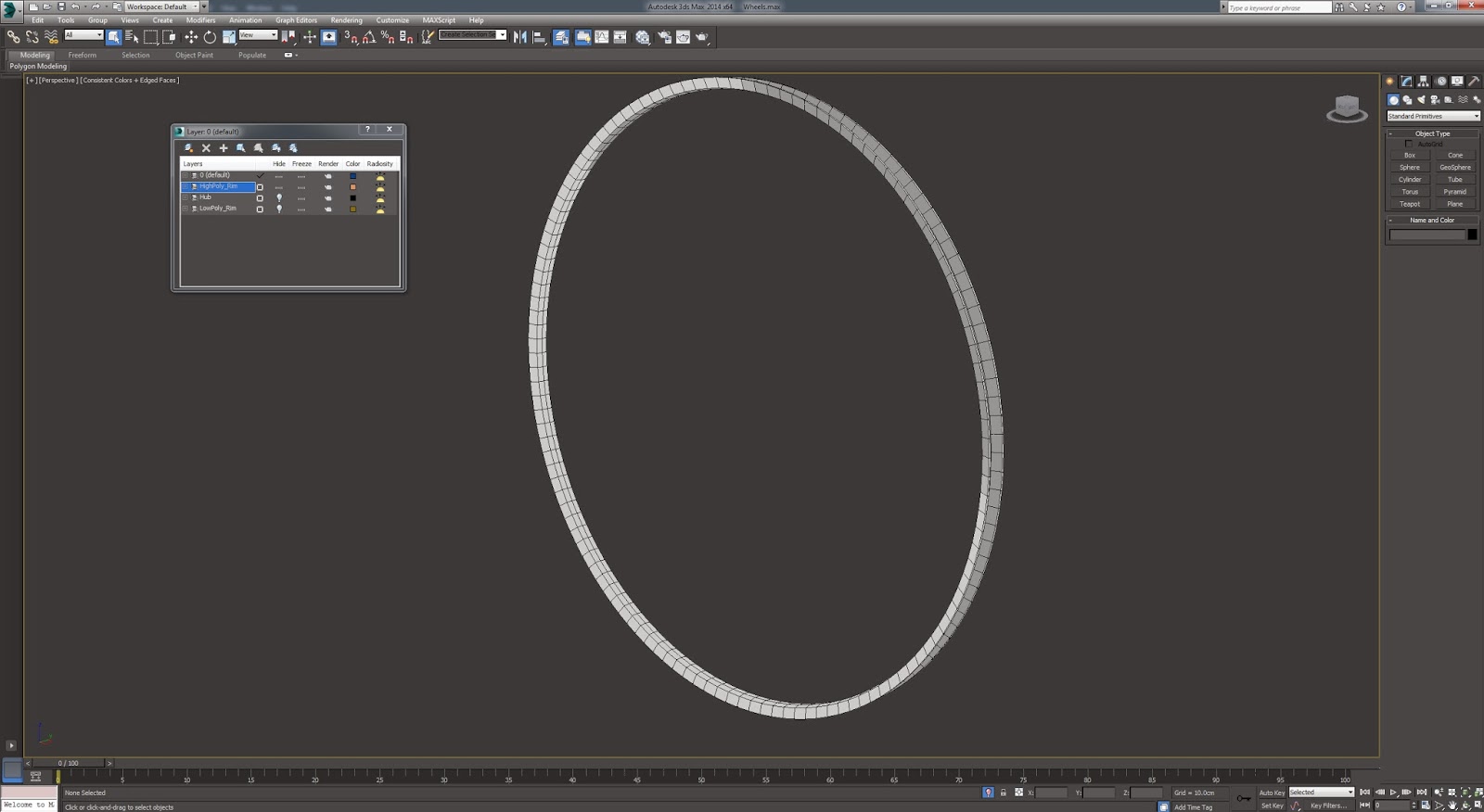 This is the high poly rim model that was created using the spline. 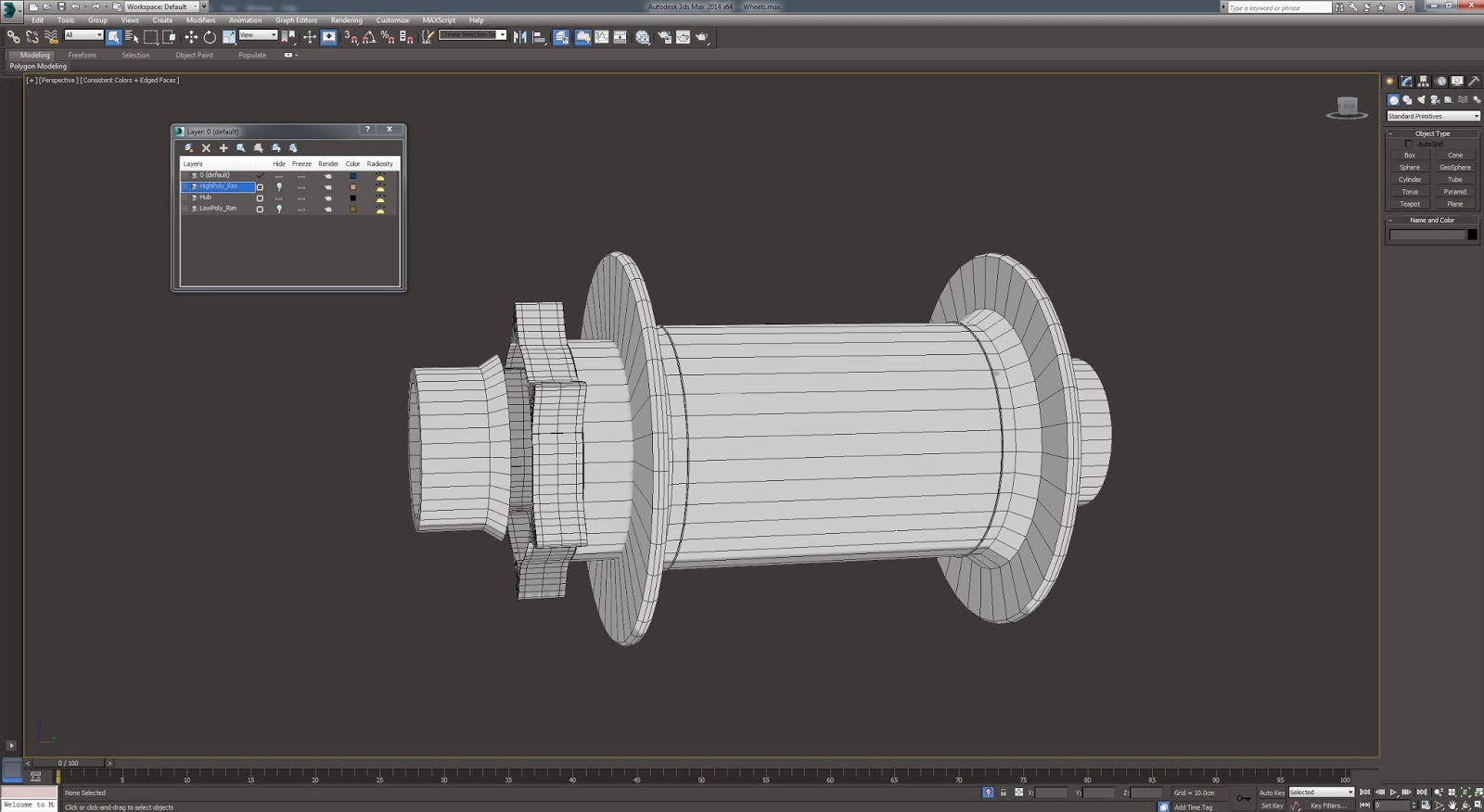 I moved onto creating the front hub of the wheel. I created a range of cylinders for each part of the hub. For the rotor attachment part I created a cylinder which I then deleted all faces apart from the faces I needed to create the shape, Which I then duplicated around an axis to create the final outcome. I then had to attach the parts and weld the verts but thought that would be the easiest and most effective way of approaching the design. 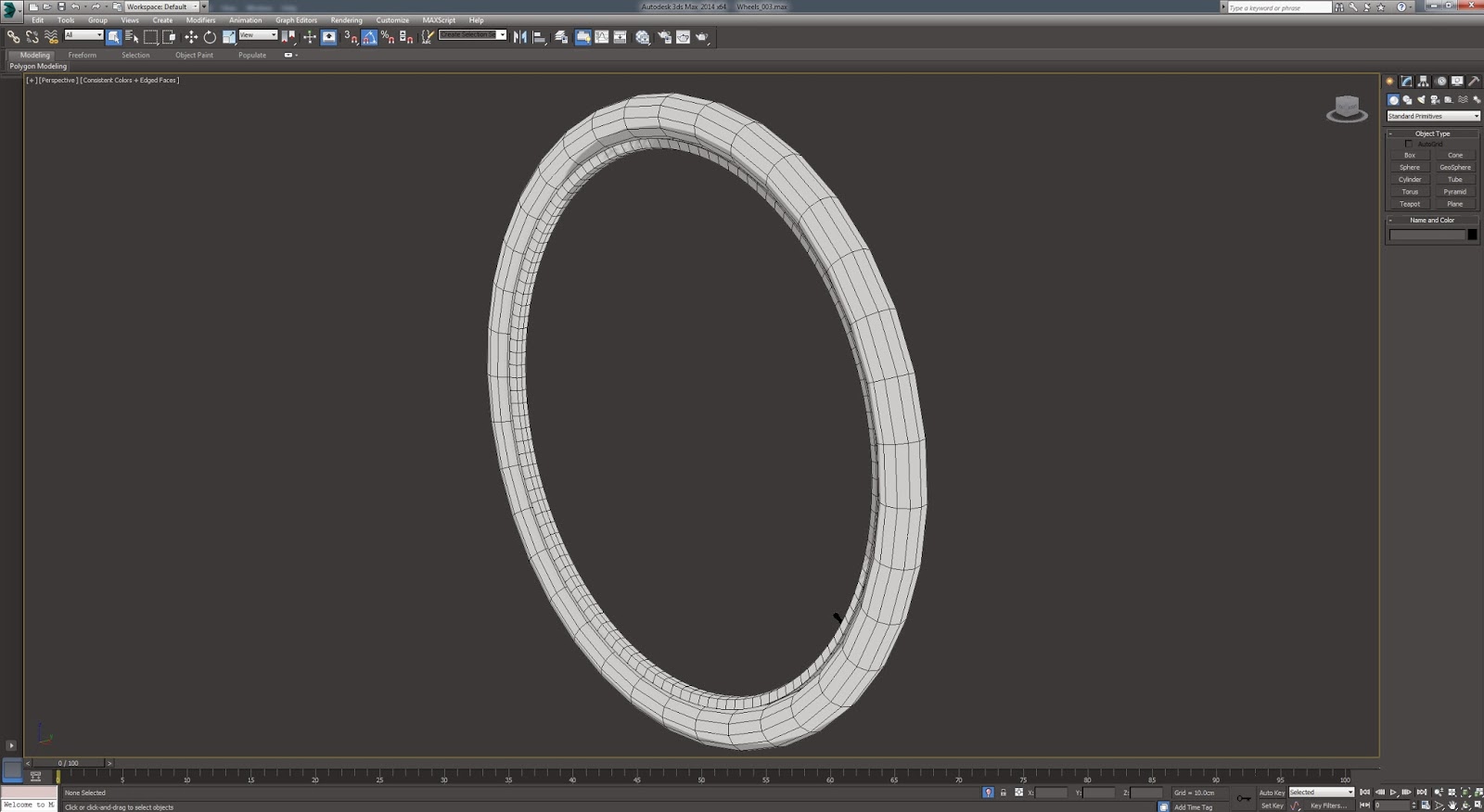 I created a torus for the tire made sure that it matched the same about of faces that the low poly rim had to ensure that fit together nicely. 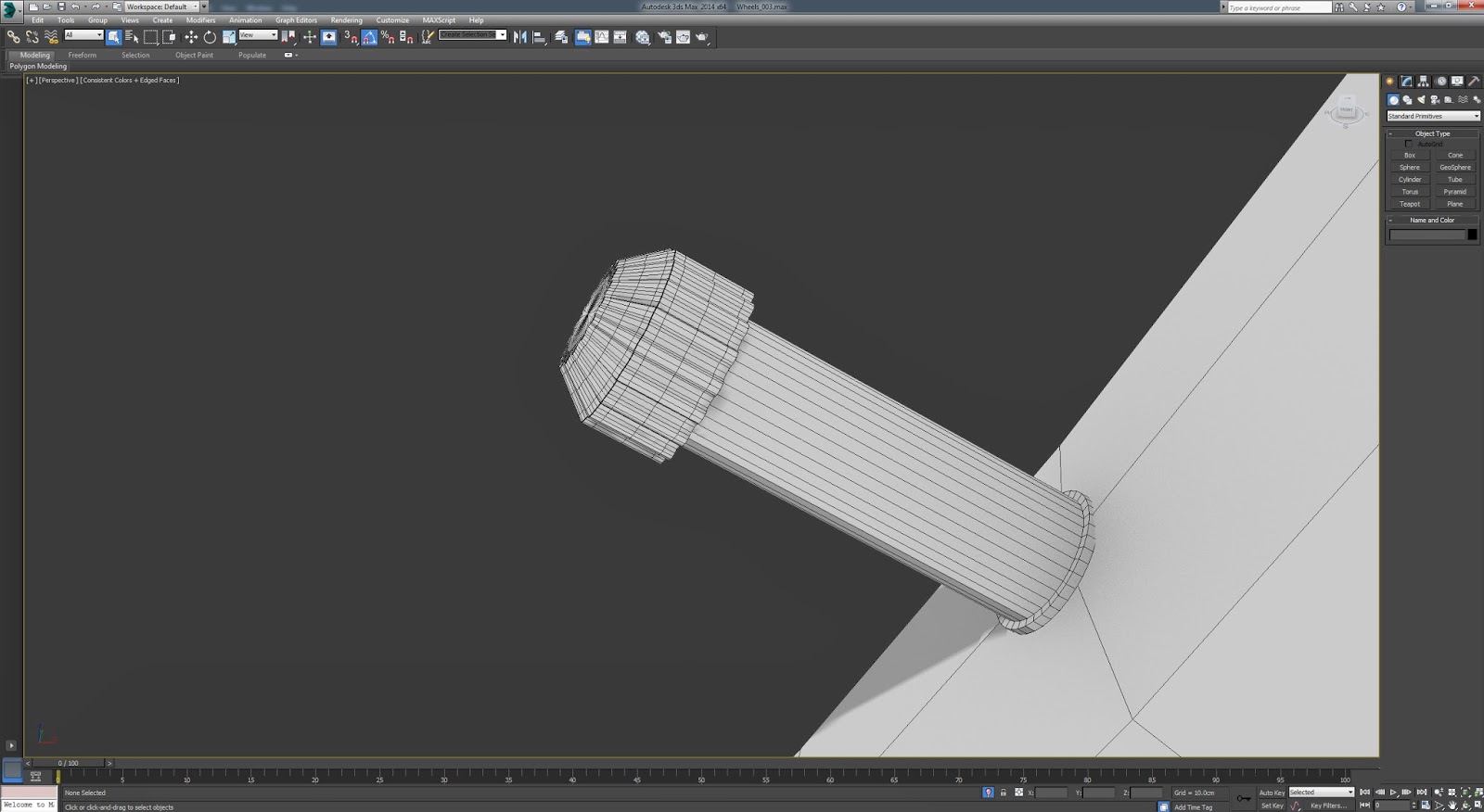 To complete the overall feel of the wheel I even went and created the valve that the air goes into the tire. This however will be baked down onto a plane for the game mesh. 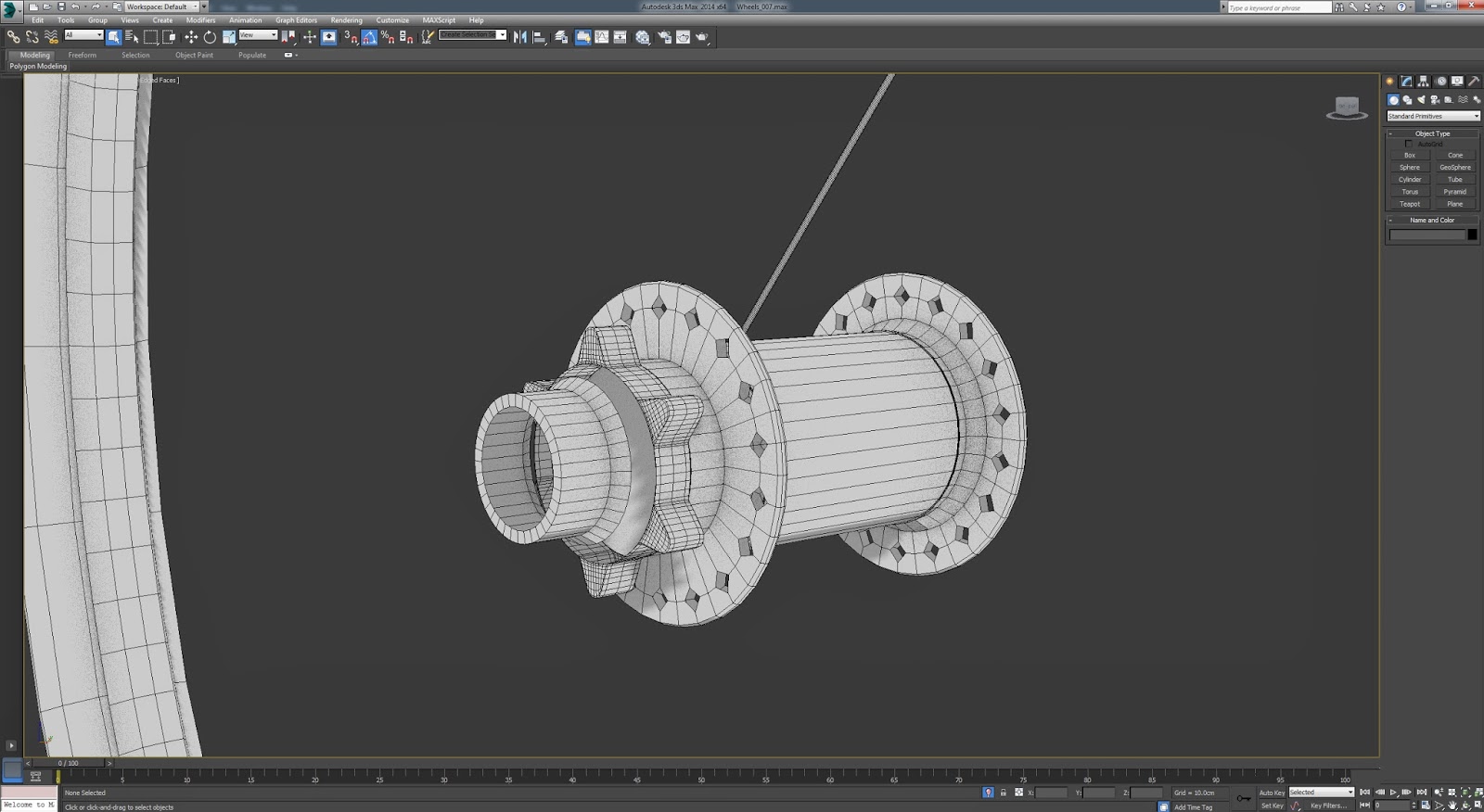 I went back to the hub and added some holes for the spokes to fit into. 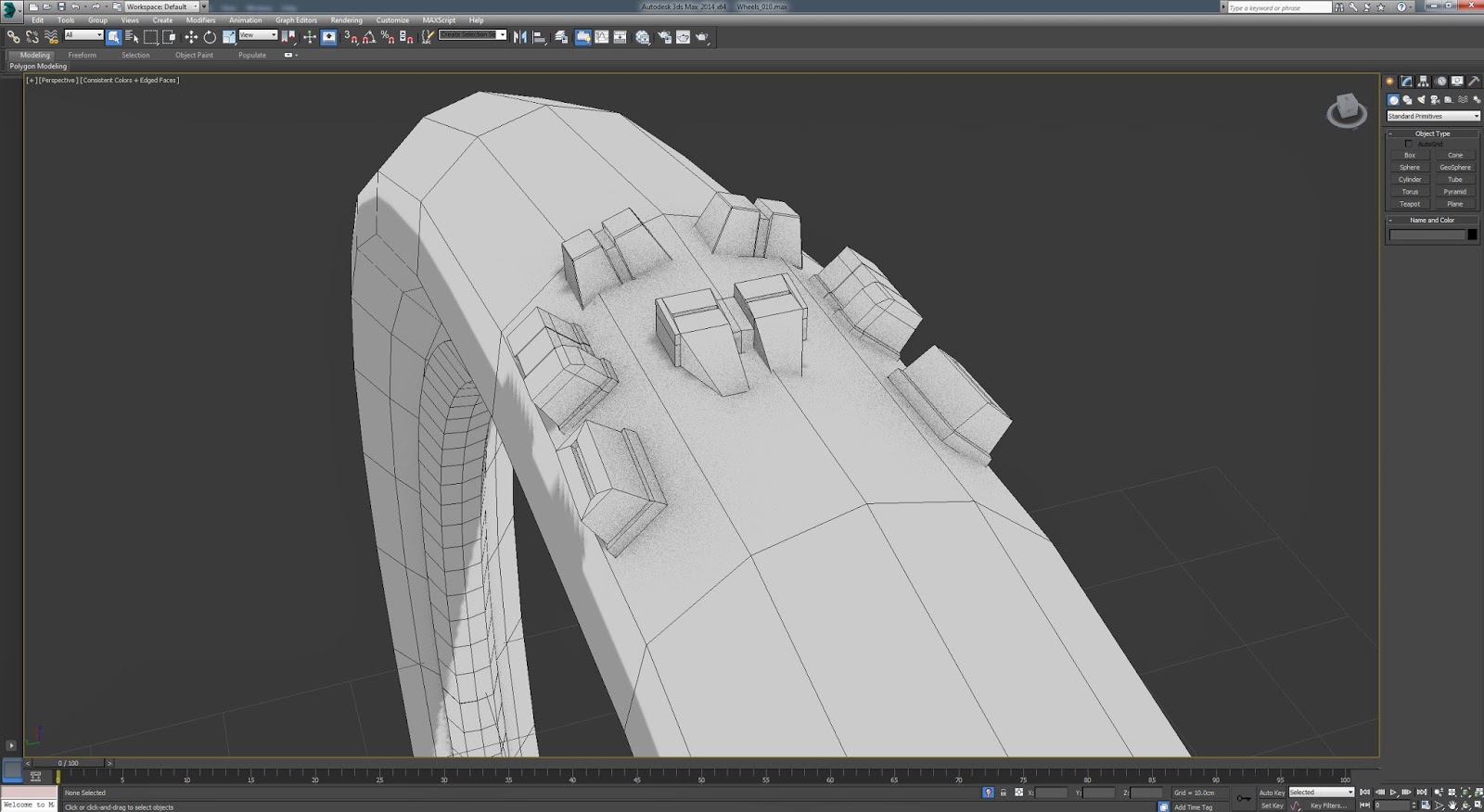 I created the tire tread by using boxes and extruding parts out to form the shape. I used the Maxxis Highrollers as reference After creating the tread from an image I moved them into position on the tire itself. 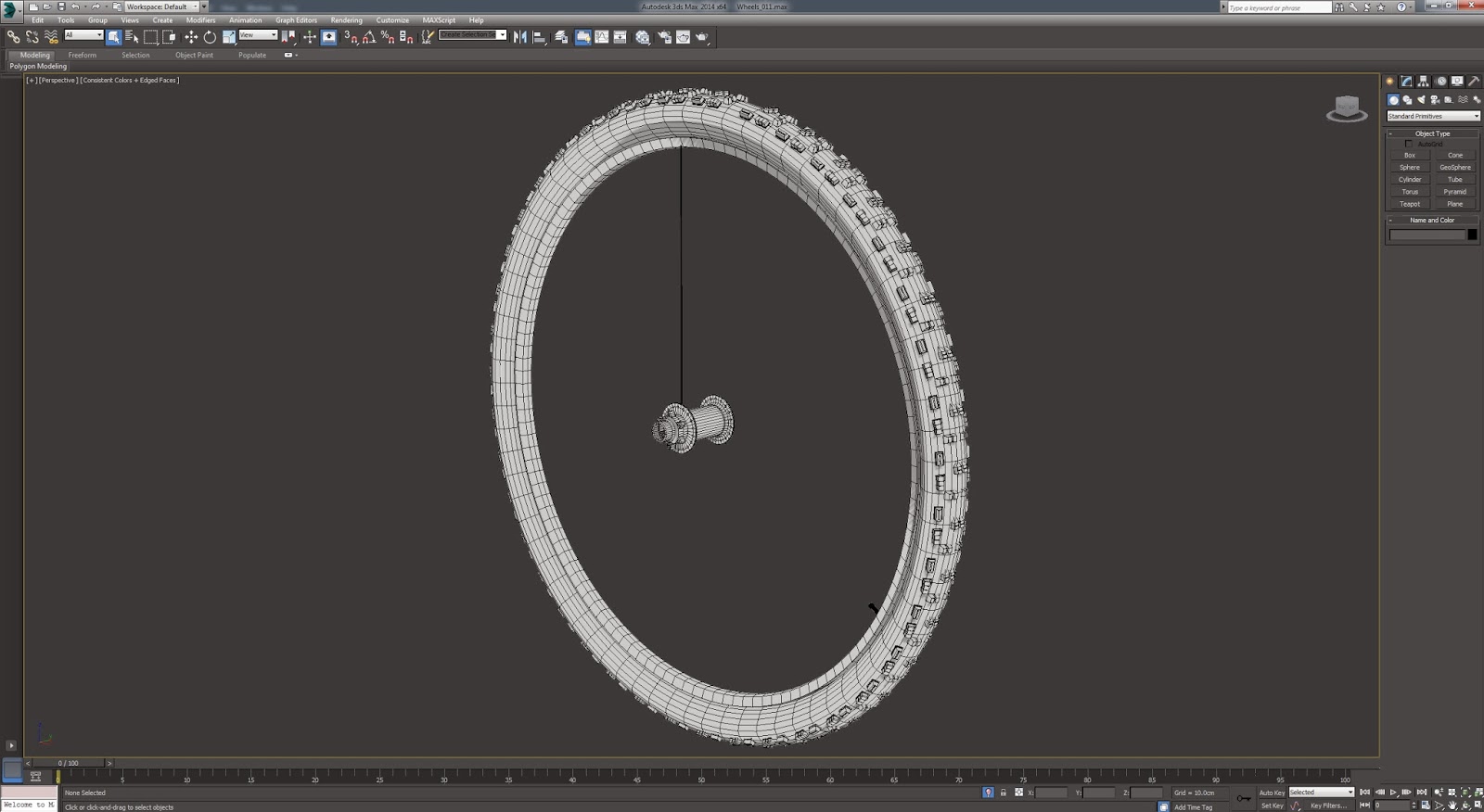 This image shows The tire tread wrapped around the whole tire. For this I simply duplicated it around the tire by centering the pivot point of the original. 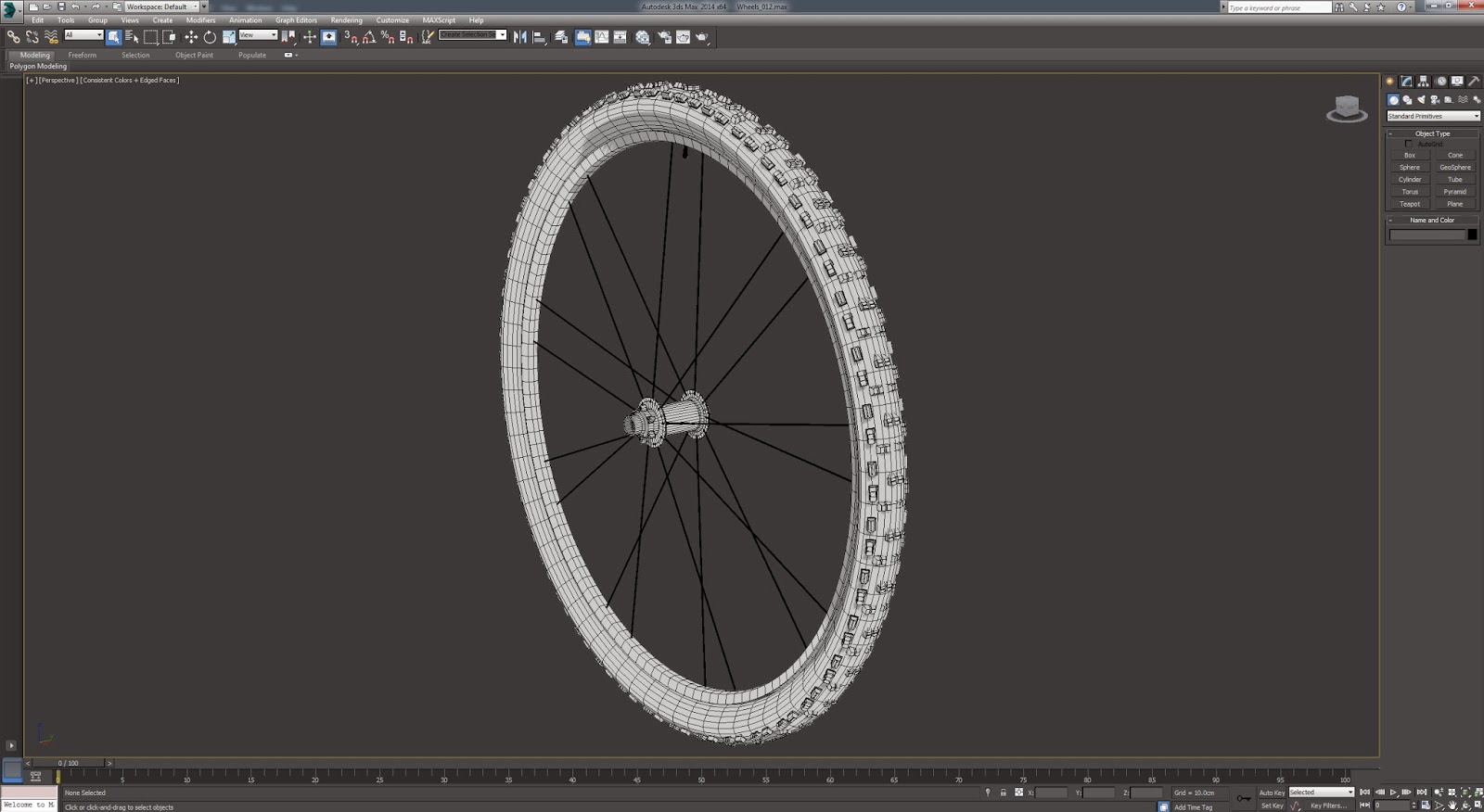 I started creating the spokes by following a Tutorial found online of someone constructing a real world MTB wheel. The beginning stages was simple to follow. The image above shows the outcome. 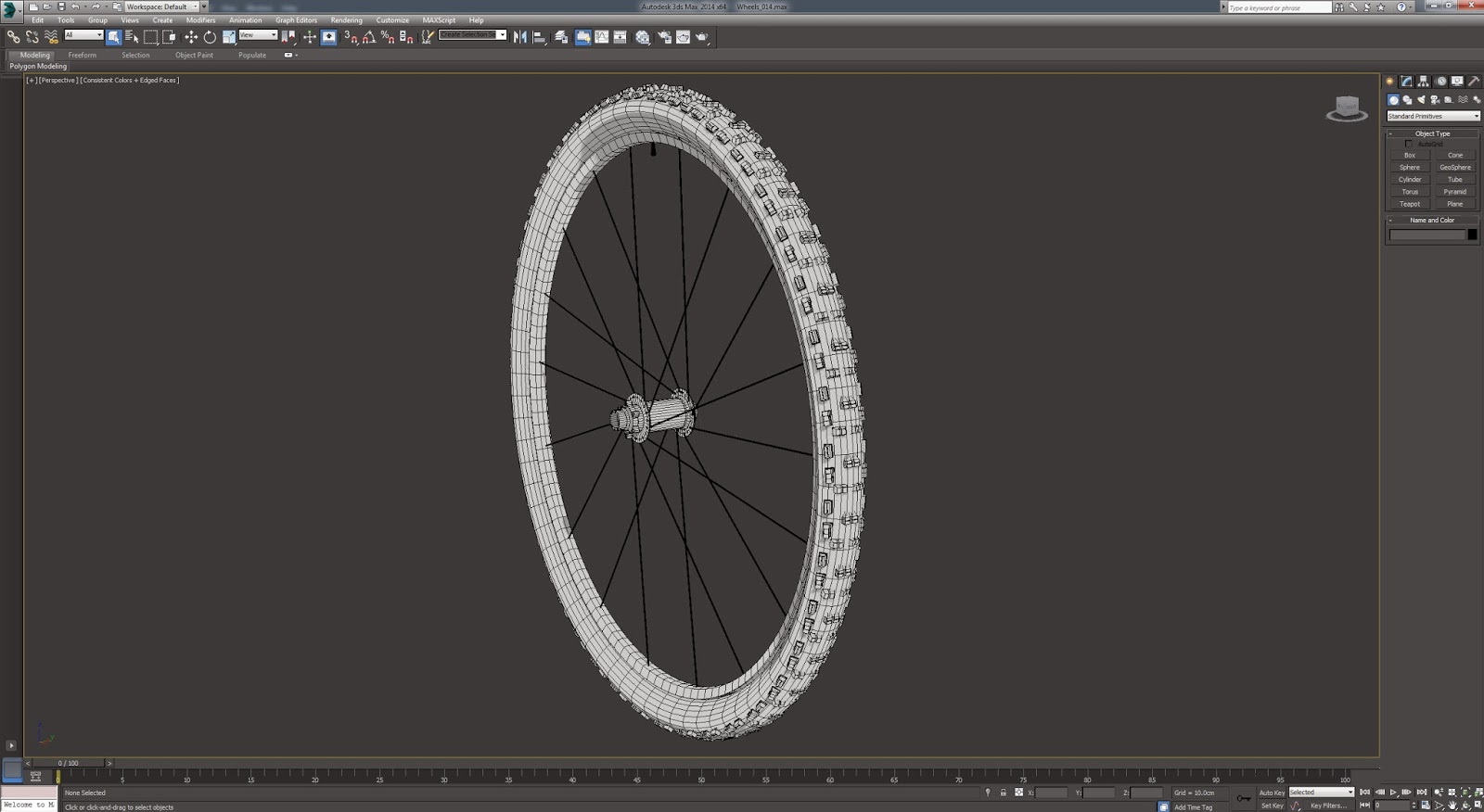 The next stage was a little bit more tricky so I had to adjust them to the tutorial ad much as possible but wouldn't be perfect. 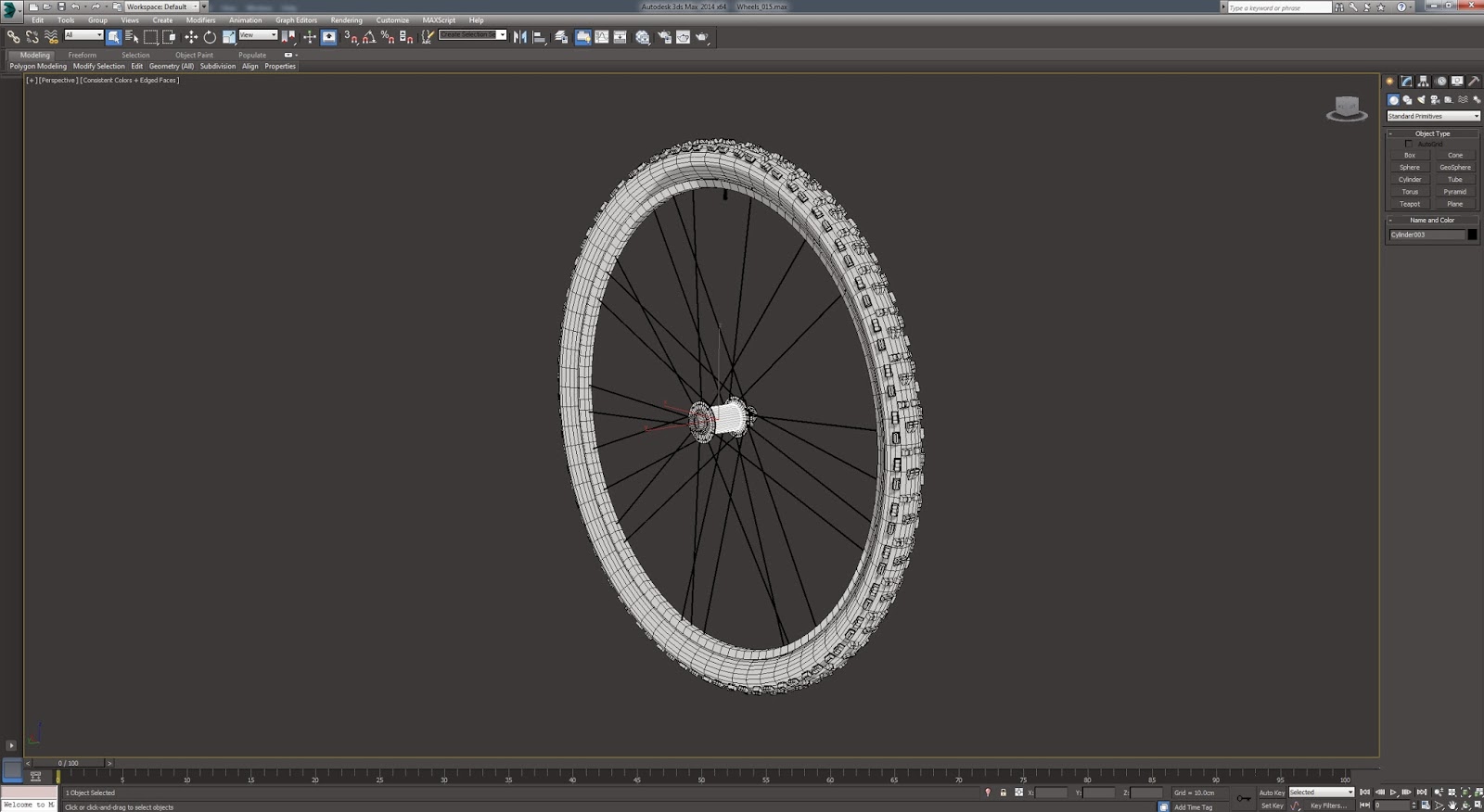 The next part of the tutorial for creating a real world Wheel required the mechanic to twist the the hub and follow a certain method to fit the spokes in certain holes. This was my attempt of trying to recreate that method sadly it didn't work out for me. 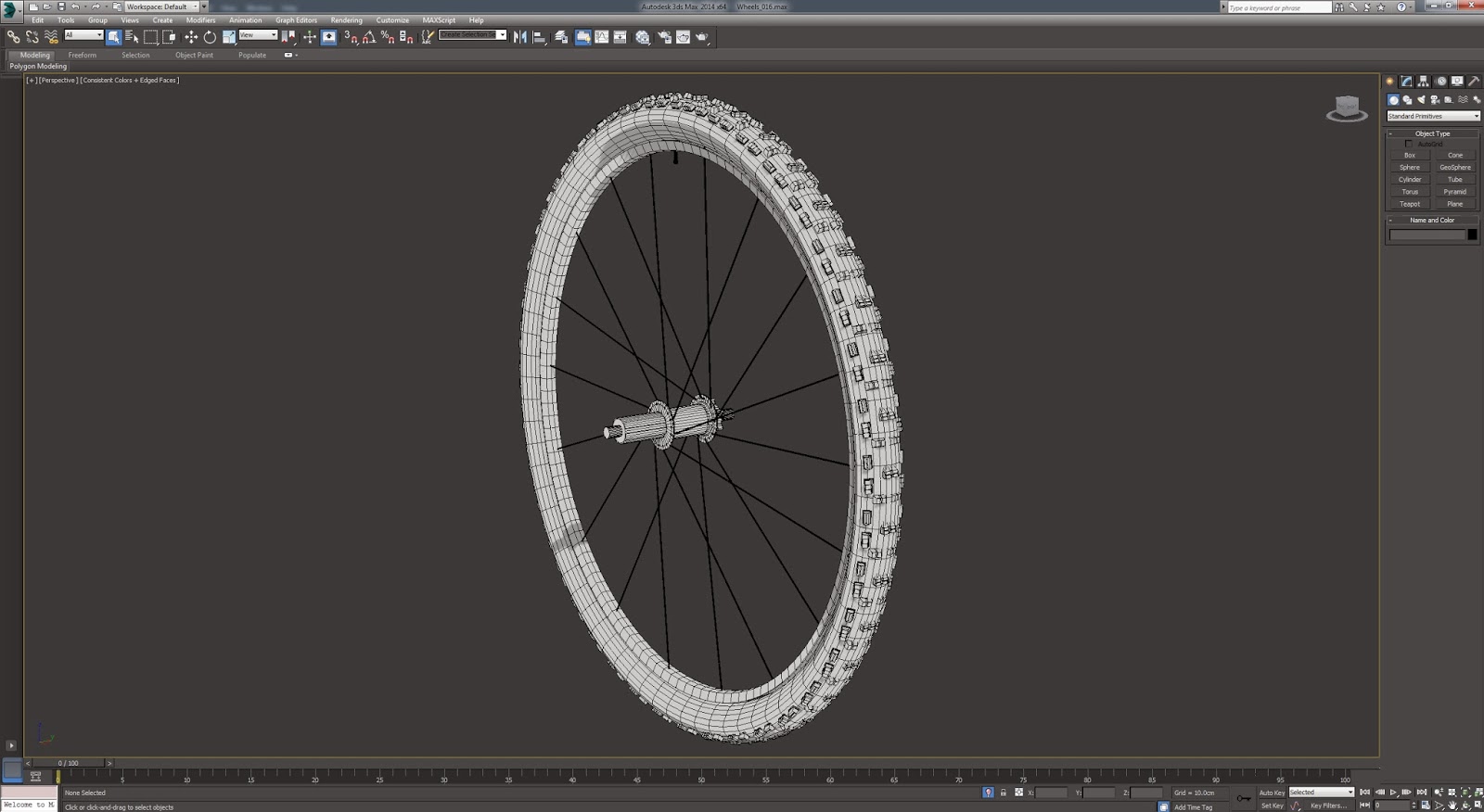 Once I completed the front wheel I then duplicated the mesh and added the requirements to create the rear hub.