To begin modelling my rotor I gathered some references. I decided to model a Hope rotor as it looked the most interesting and had a range of colours, while others kept to a much simpler design with a single sheet of brushed metal. 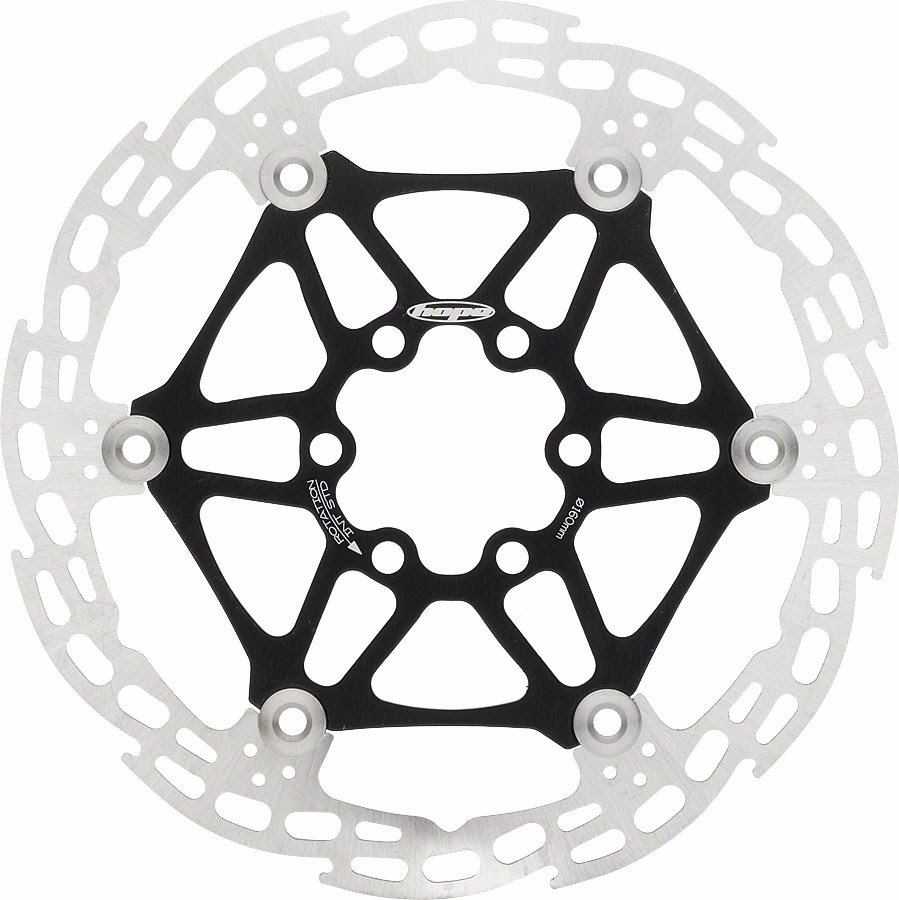 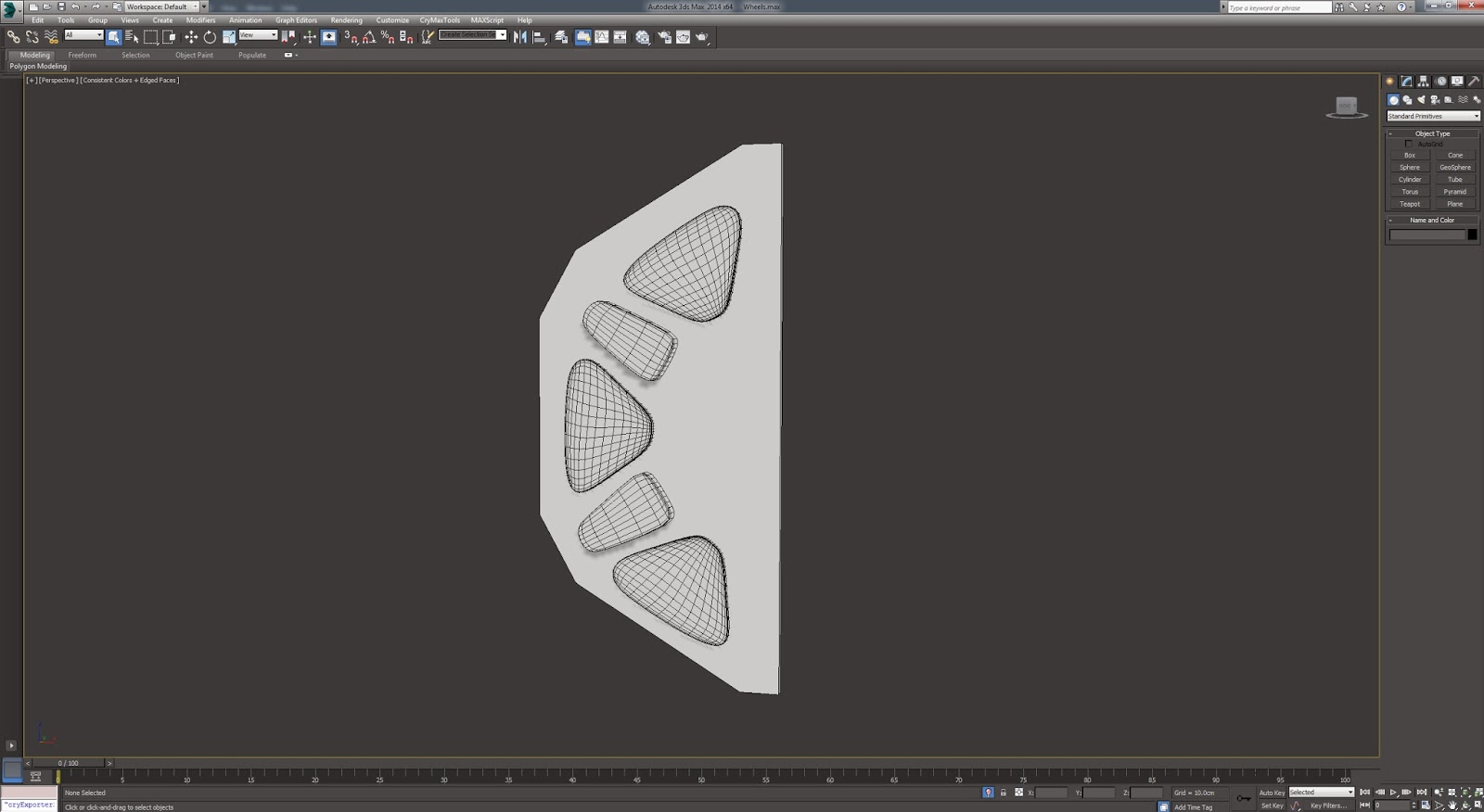 To start off I created a simple cylinder shape and pulled it the verts to form half the middle section of the rotor. I then created two boxes which I created the form of the spaces which was then turbo smoothed to create a nice round shape. 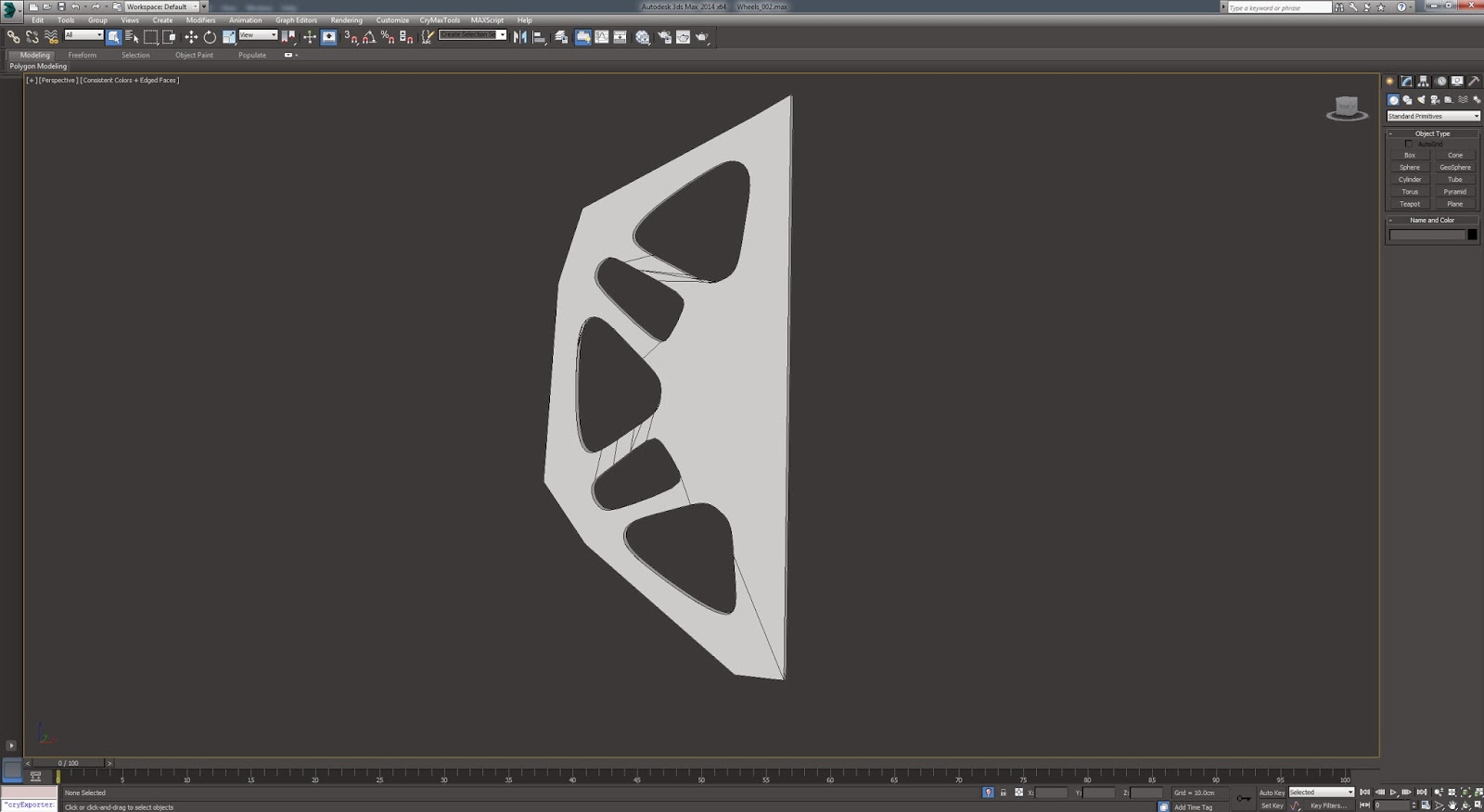 I went onto then using the Boolean tool to subtract the smoothed boxes away from the cylinder creating the desired outcome. 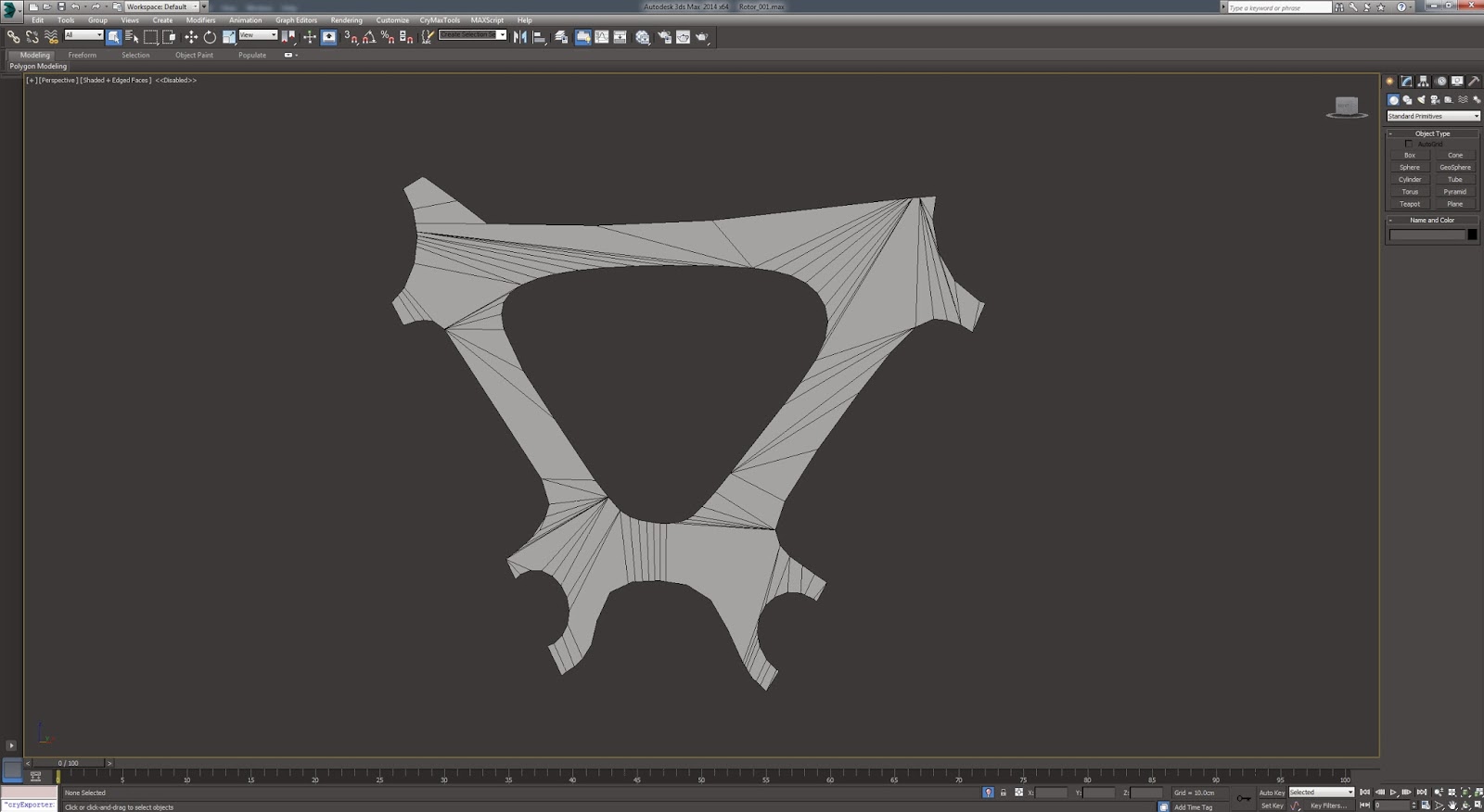 However it came to me that I didn't have to go to that extreme, So I went back to the drawing board and created this shape shown as I noticed that the pattern was being repeated and for workflow purposes I deleted the side and back faces to make it a plane as will make it easier for me to work with at this stage. 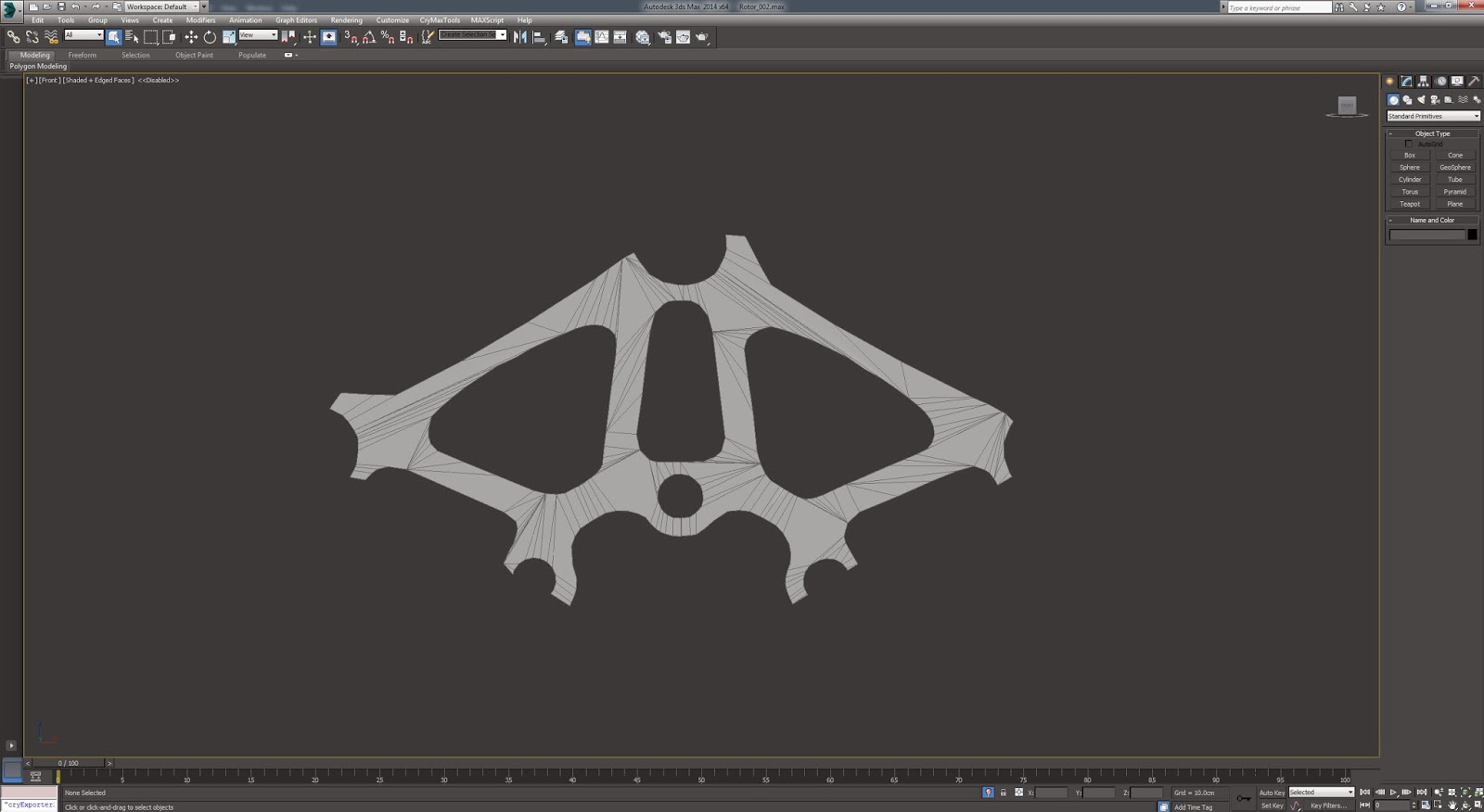 I then Mirrored the object and welded them together to form one section. This required me to tweak some verts where the object was mirrored as they didn't completely line up exactly. 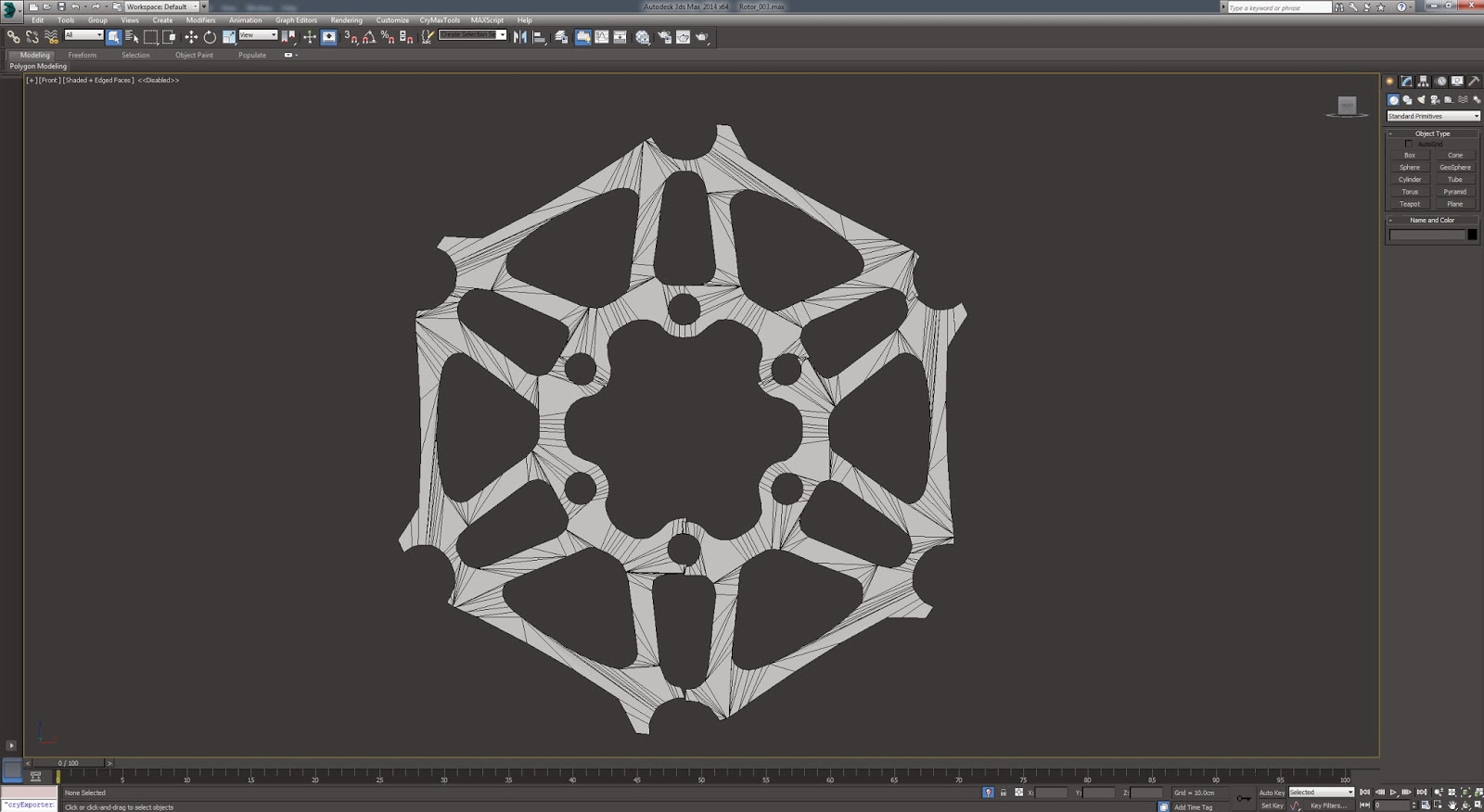 I followed the same process to get this outcome as you can tell if you look closely the verts again are slightly off, However again I did go back and ensured they are in the right place after welding. 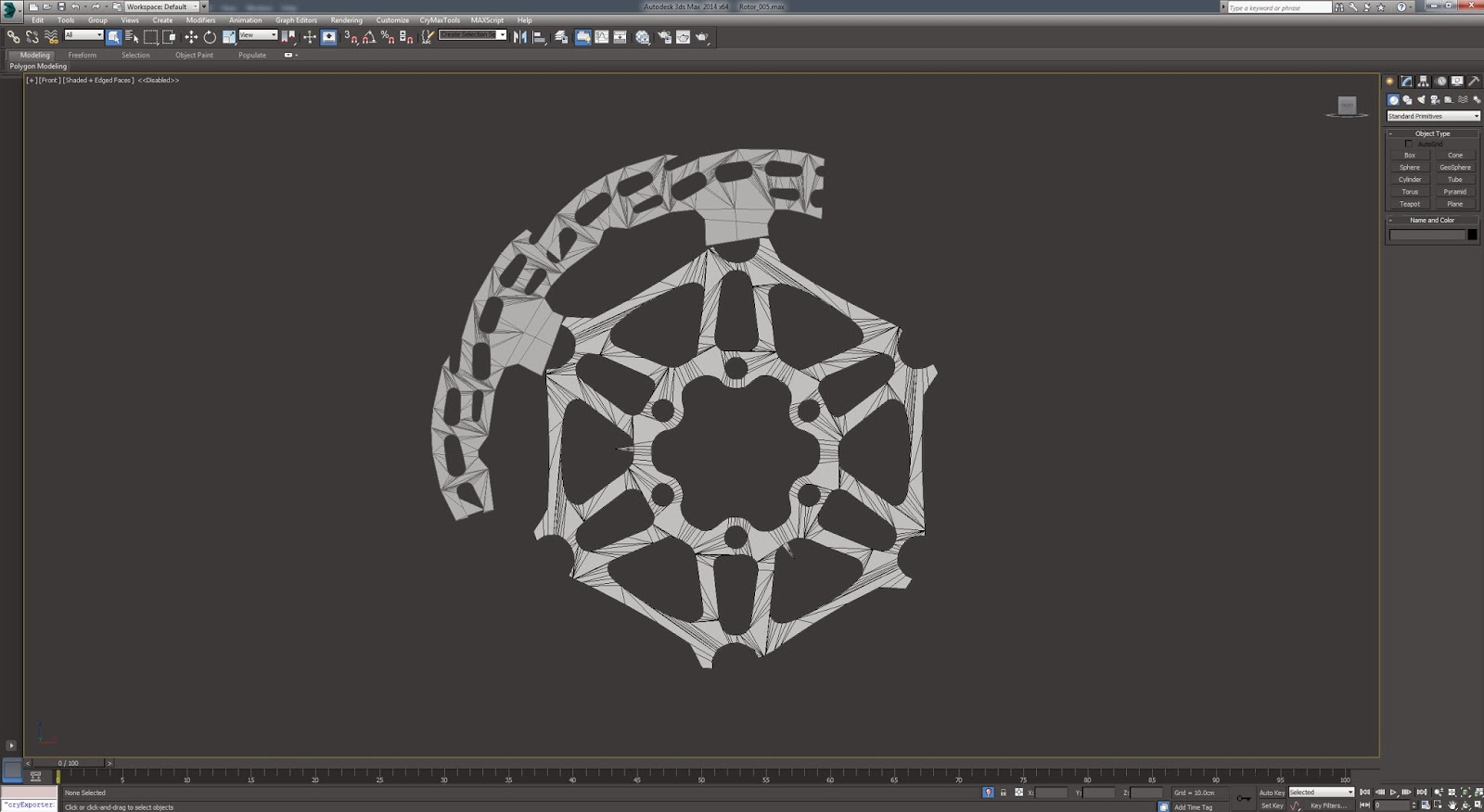 Once I was happy with the shape, I decided to block in the next part of the rotor which was the edge of the rotor itself. This was created exactly the same way as the middle but creating a box to get the overall form and then creating smaller high poly boxes to create the booleaned holes. 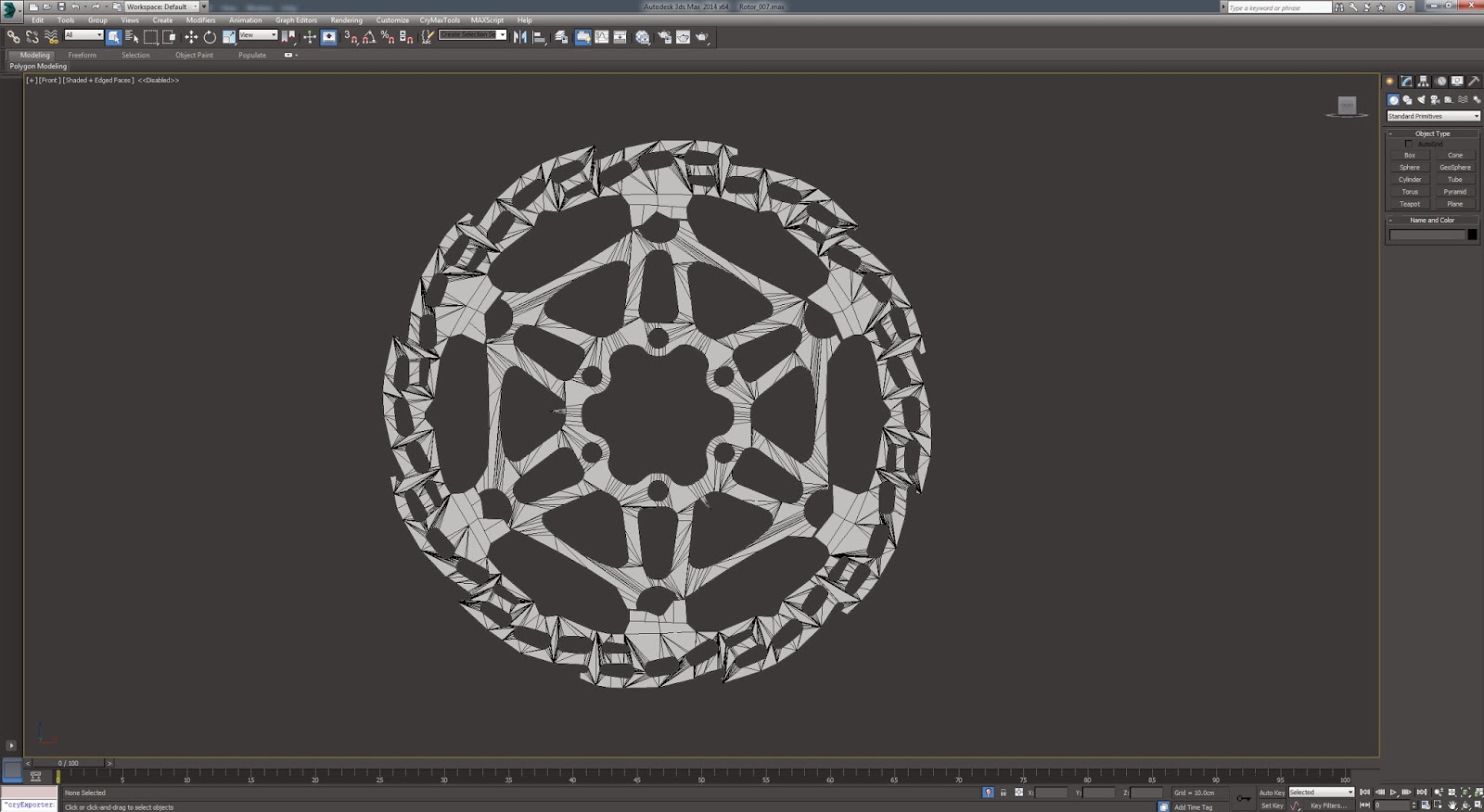 When rotating the edge I did discover that they didn't fit exactly so this again required me to tweak the verts after welding the objects together, This to a long time due to the messy workflow used however what it's going to be used for it doesn't really matter. 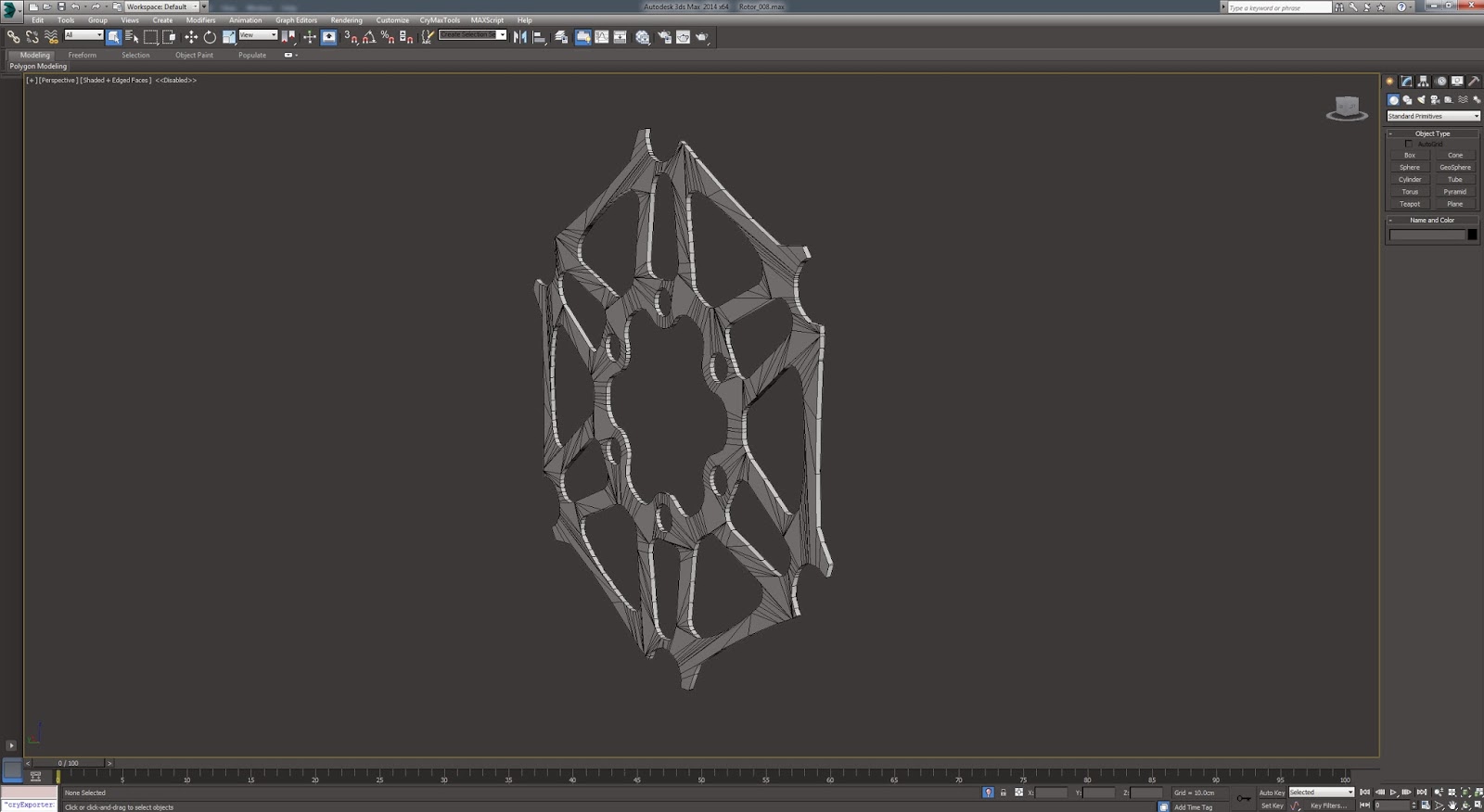 Once I was happy with the mesh after going back and tidying up the verts, I decided to shell the object making it again a 3D object with some depth.. 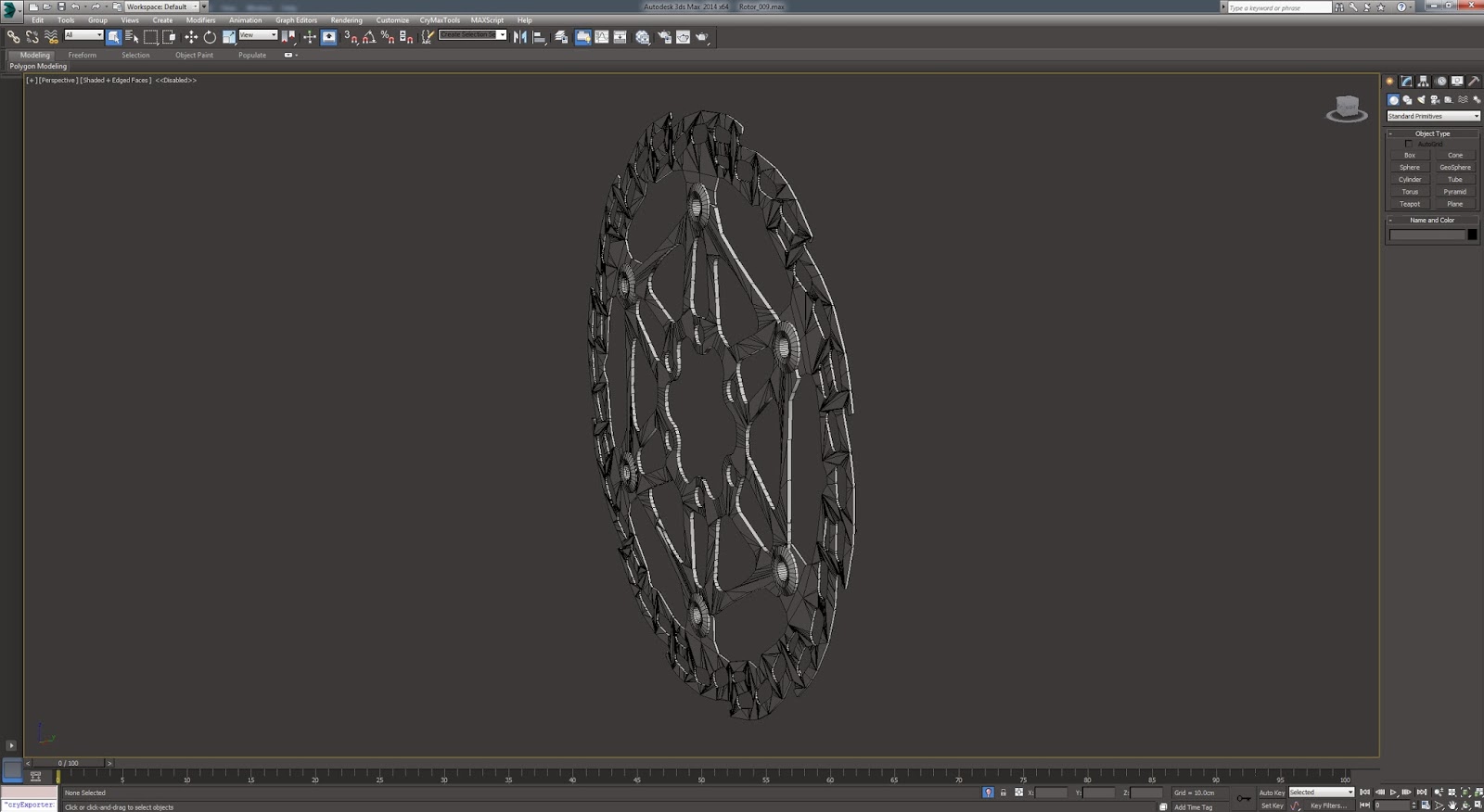 I also did this same process to the outer edge model of the rotor and also created the cylinder shaped objects that go around the rotor joining the to objects together. 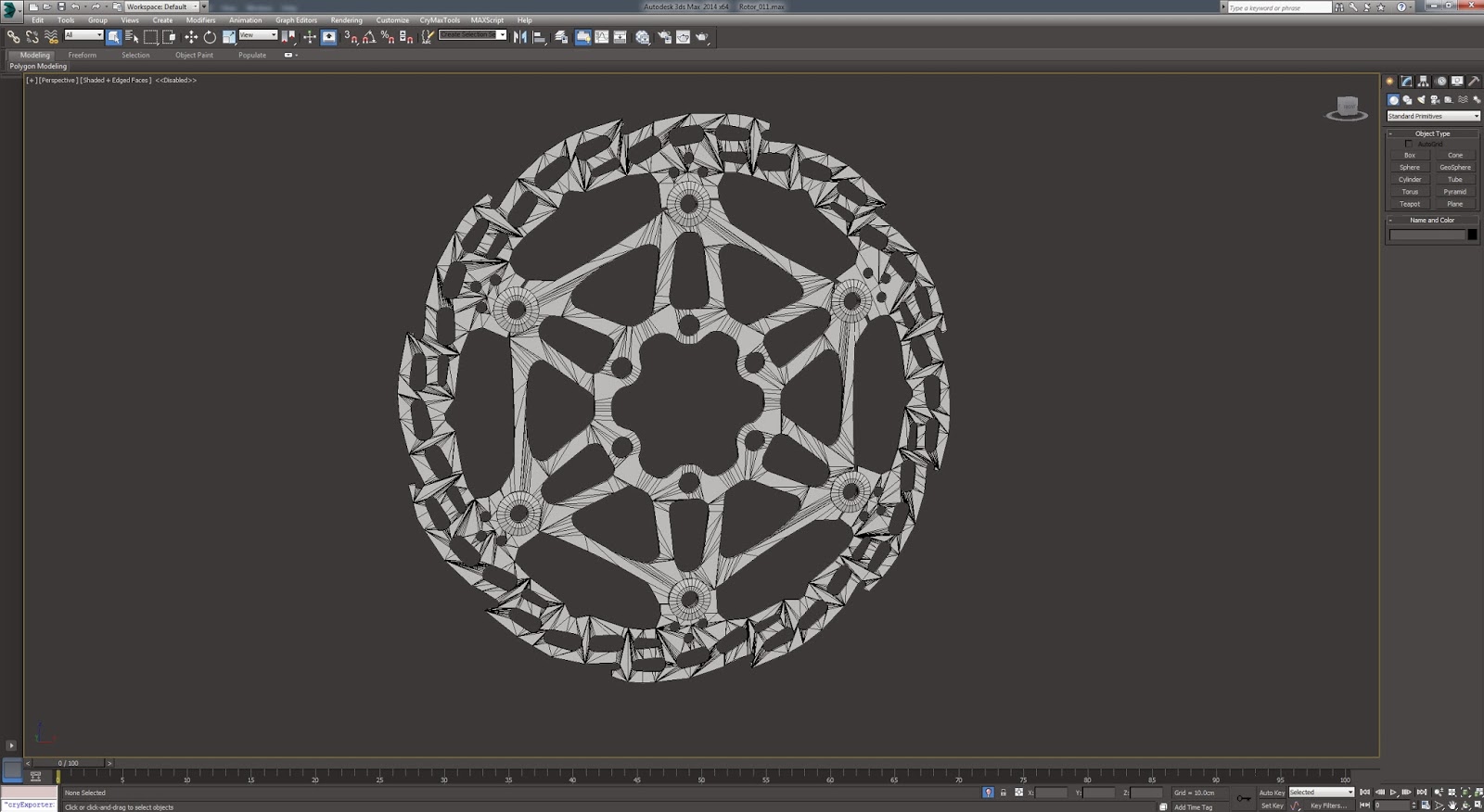 I then added some final little touches like the booleaned holes found in the outer edges of the rotor.