For the interior pipeline I decided to work outwards and work on the main body first then move in and work on each individual piece afterwards. This was way of working in my personal opinion. 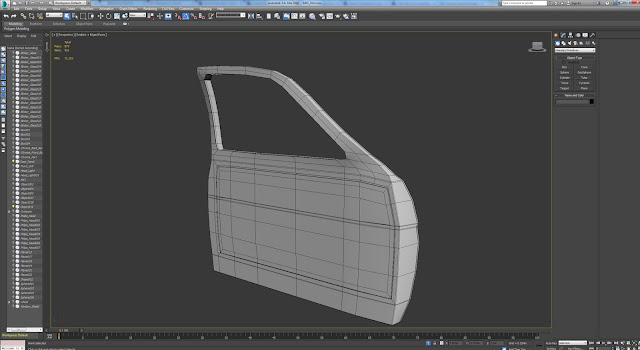 Started with the door as wanted to start off small and make way for the bigger pieces after. This Image above shows the end result without the small screws which will be added later on in the pipeline. Its broken down into two parts one being the outside and edging on the inside as this will have the car paint shader but is also made from one part of metal. While the main part of found under the window is separate and will have a different shader either carbon fibre or leather haven't made that decision yet. I then simply mirrored the door to save time. I then took on the challenge of making the main inside body. Image above shows the start process using the existing outer body as a starting point. 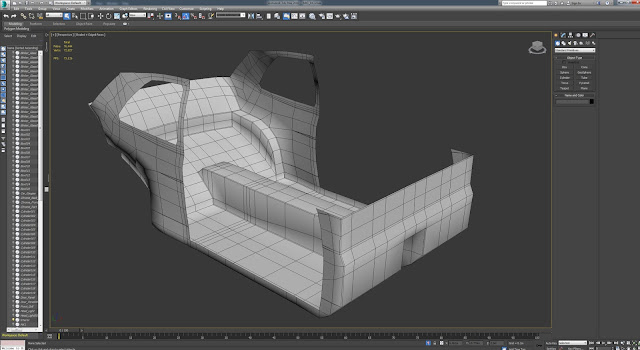 The Image shows the completed inside mesh which will be kept separate from the main outer body due to me having different unwraps. 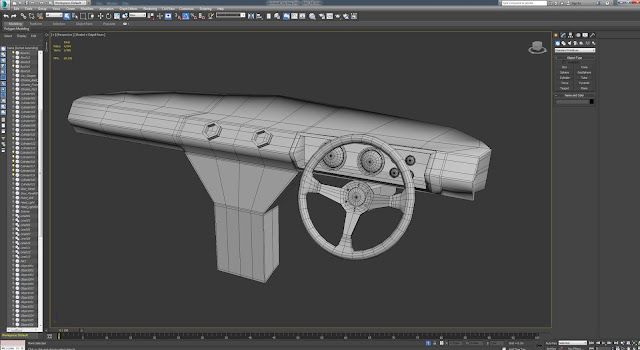 Using both of the shells of the car and reference images I was able to create a dashboard. I made it as low as possible blocking in the shape I desired. I also used reference images to decide how I wanted my dash gages to look like and placement. I managed to find a nice image of a steering wheel to use as a reference and work from to create the object before importing and scaling it to size to fit and finish off the basic look. 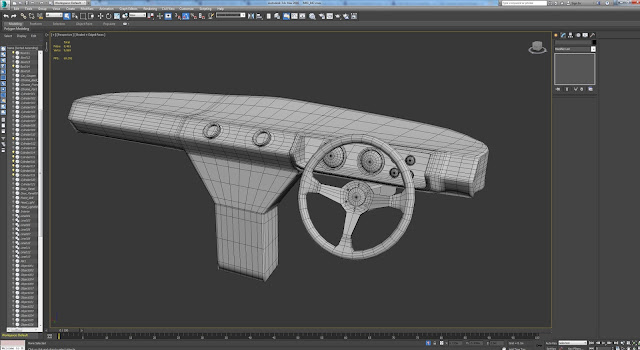 This image shows the dash after I smoothed it out as wanted more smoother edges around the whole mesh but especially the Fan areas to give them a more circular form. 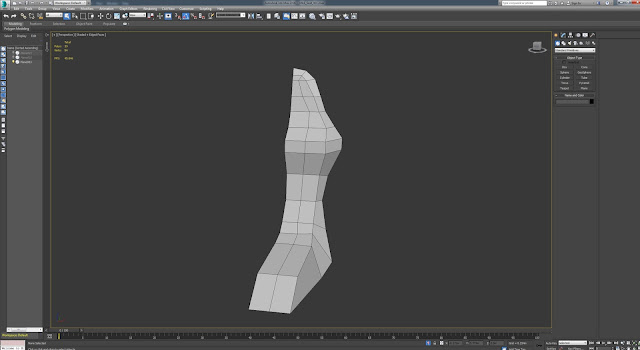 From that I was able to move onto creating the Bucket seat and rail. For this I got a simple template offline as didn't want a to complex and crazy design for such an old car thought it would look weird if the design was to edgy. This was my starting point. I only created one side as could use the symmetry modifier to complete the process. 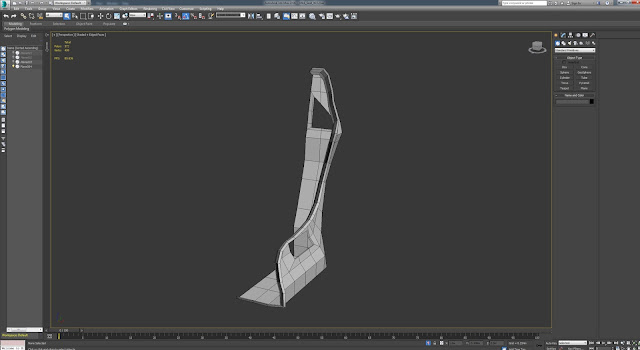 This was the second stage I got to building in more and creating a more bucket seat look. Adding both the head rest hole and also seat handle hole. Folded the edge outwards to follow the references I found as well. Kept the mesh low while working before smoothing. 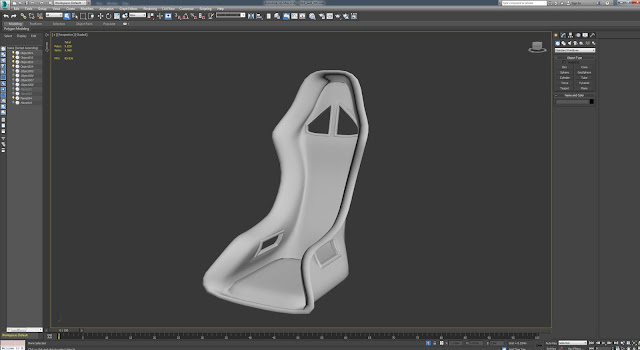 This is the complete seat with it smoothed.

Posted by Martin Giles at 11:16 No comments:

Email ThisBlogThis!Share to TwitterShare to FacebookShare to Pinterest
Labels: MK1

So after completing the scene with all the object imported and textured. I decided to work on the car shader. With hours spent researching different techniques and options I decided to go with one I felt would do the best job while also tweaking it suit my need. 3 hours later and my shader was complete. Image below shows the breakdown of the shader.
While the rest of the images show off the final scene. 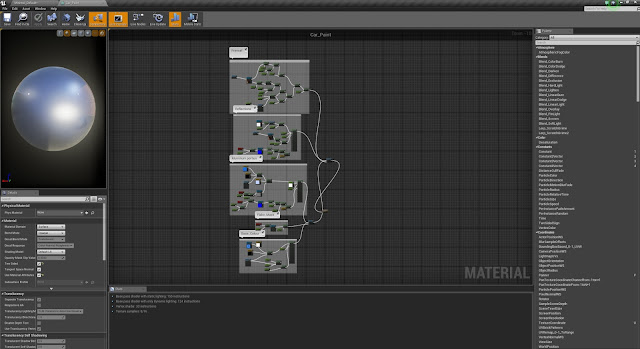 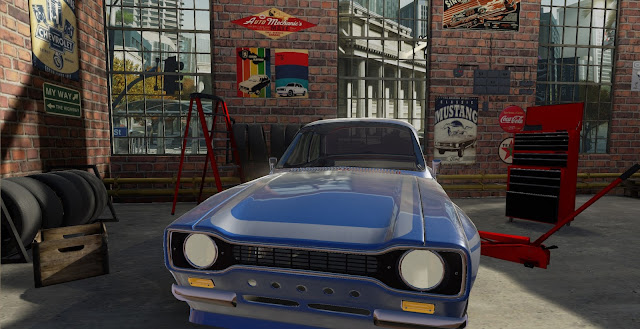 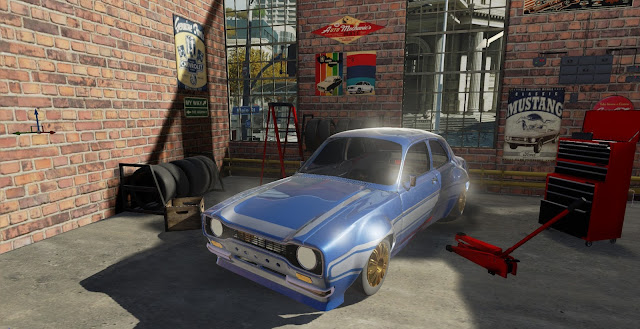 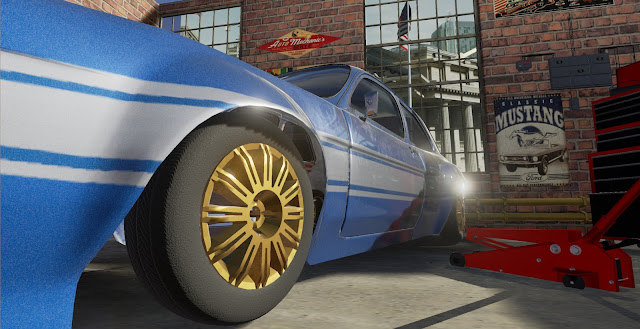 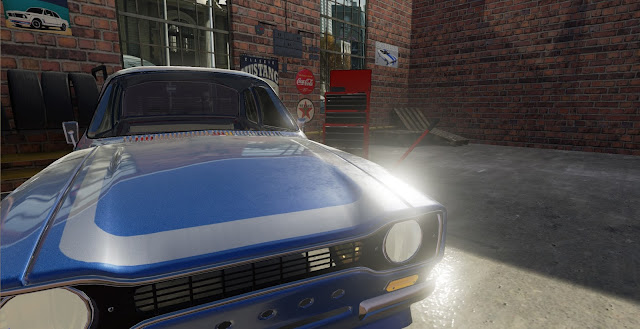 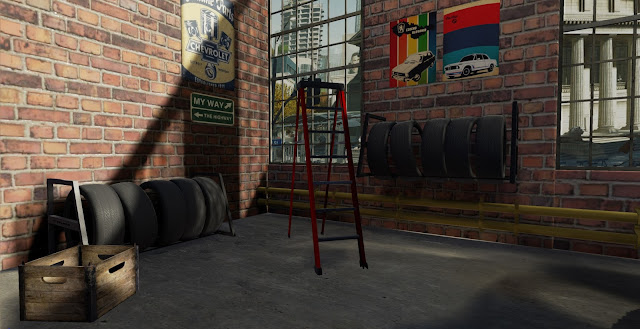 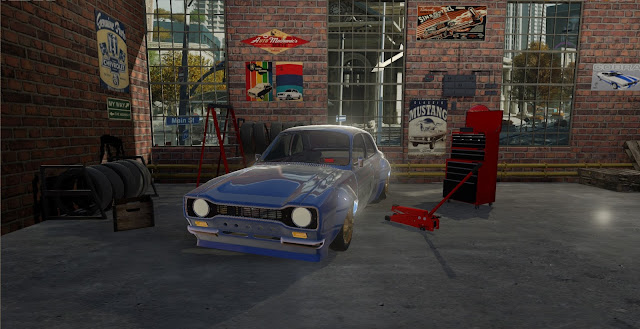 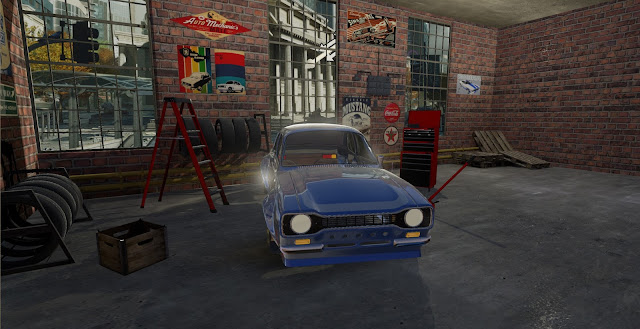 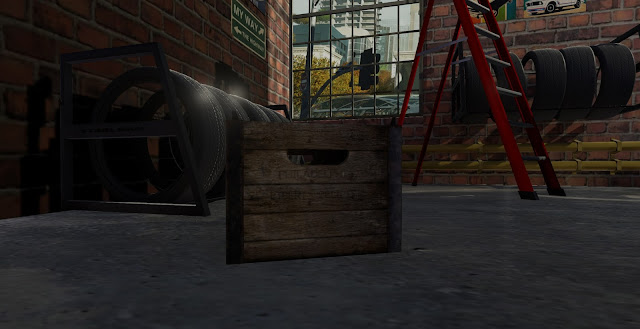 Posted by Martin Giles at 10:50 No comments: