The Next project I had in mind was to create a game level which brought both the Call Of Duty 4 training map and the multilayer map shipment together. For this I started to create a cargo container. 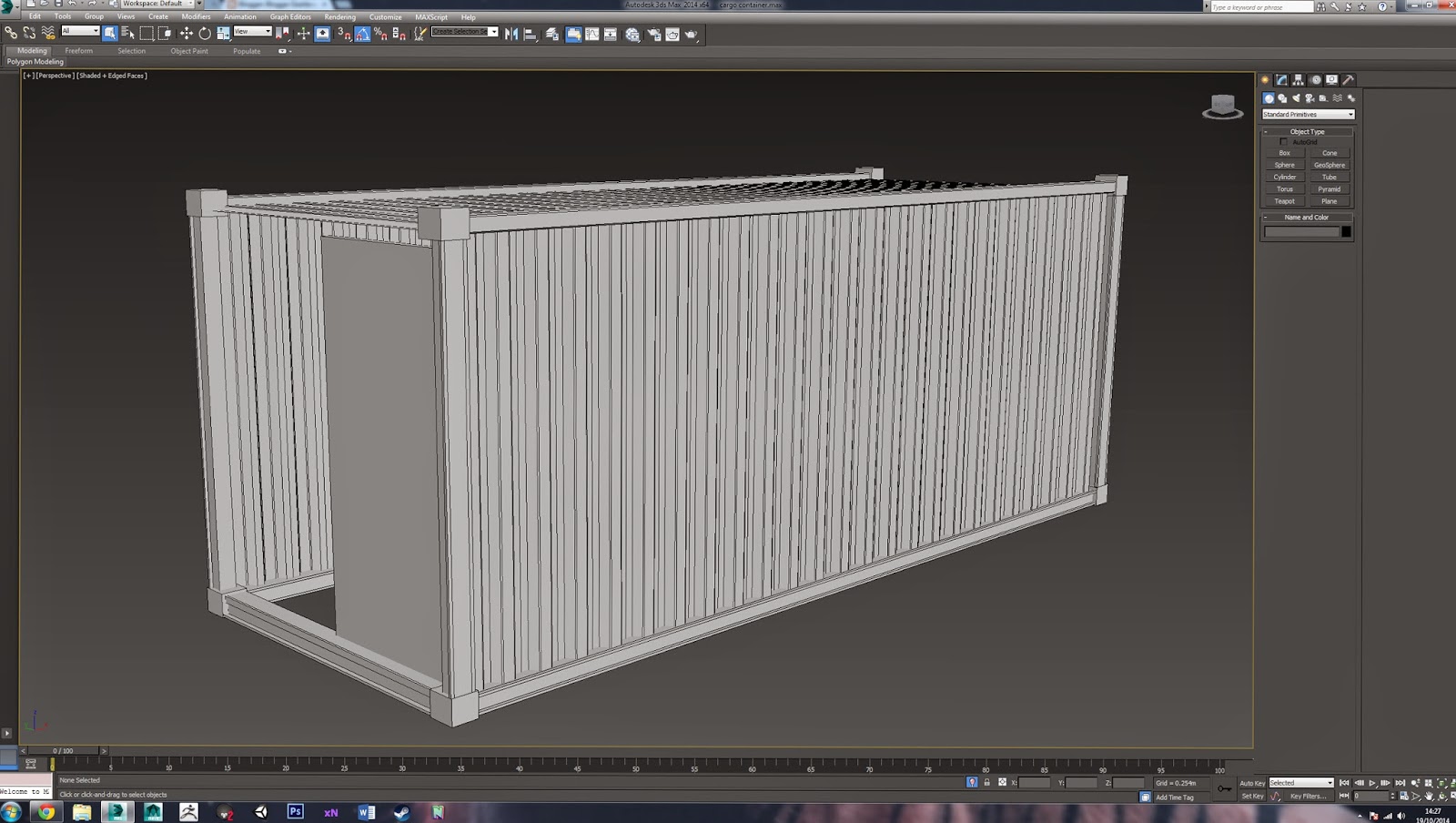 Started by blocking in the made shape and pieces while also ensuring the size dimensions was correct. I moved onto creating the High poly first and then going back to create the low. 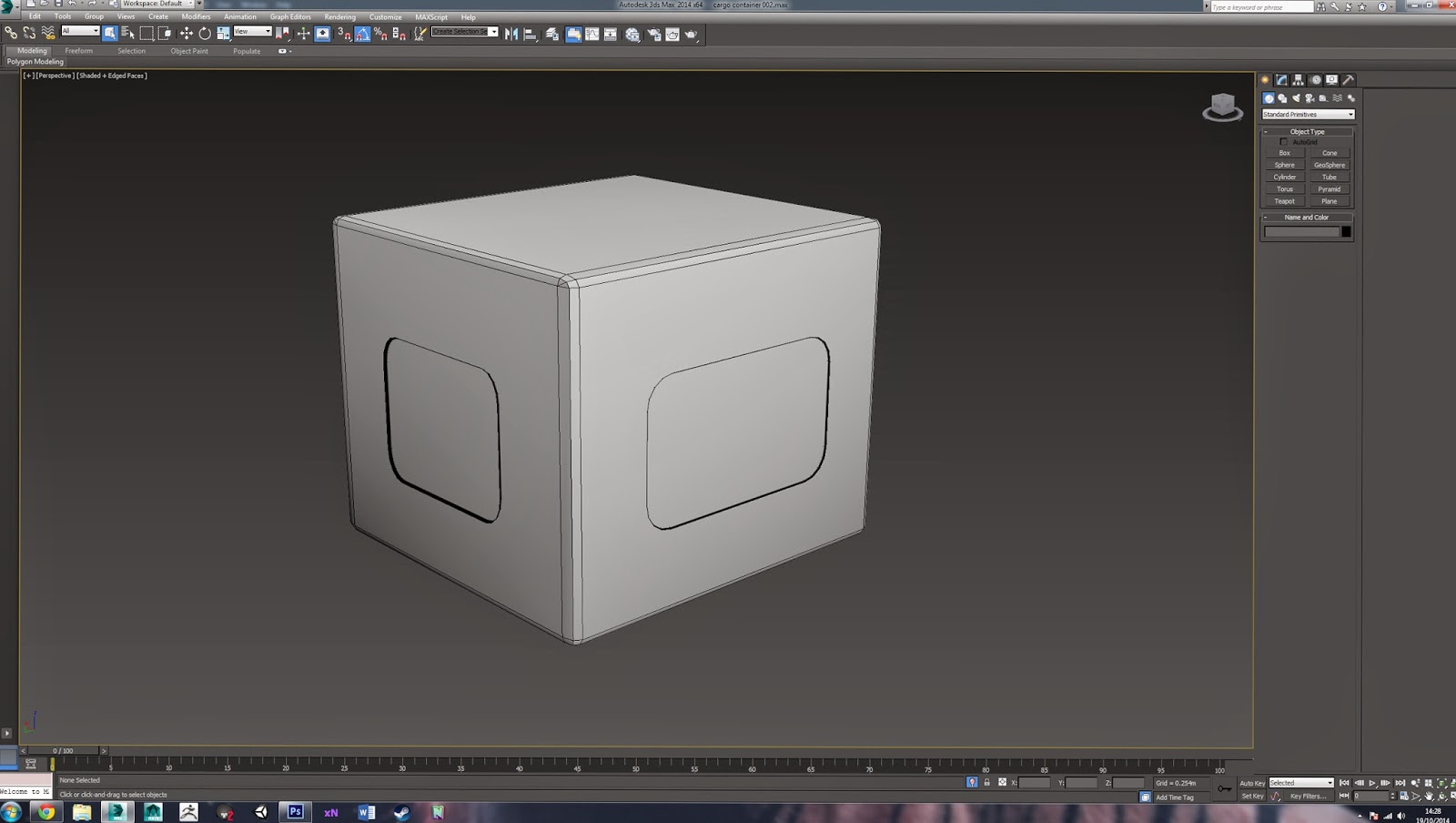 The corner piece was the first of the small high poly pieces I created. I used a chamfer box and used a boolean to create the indent. 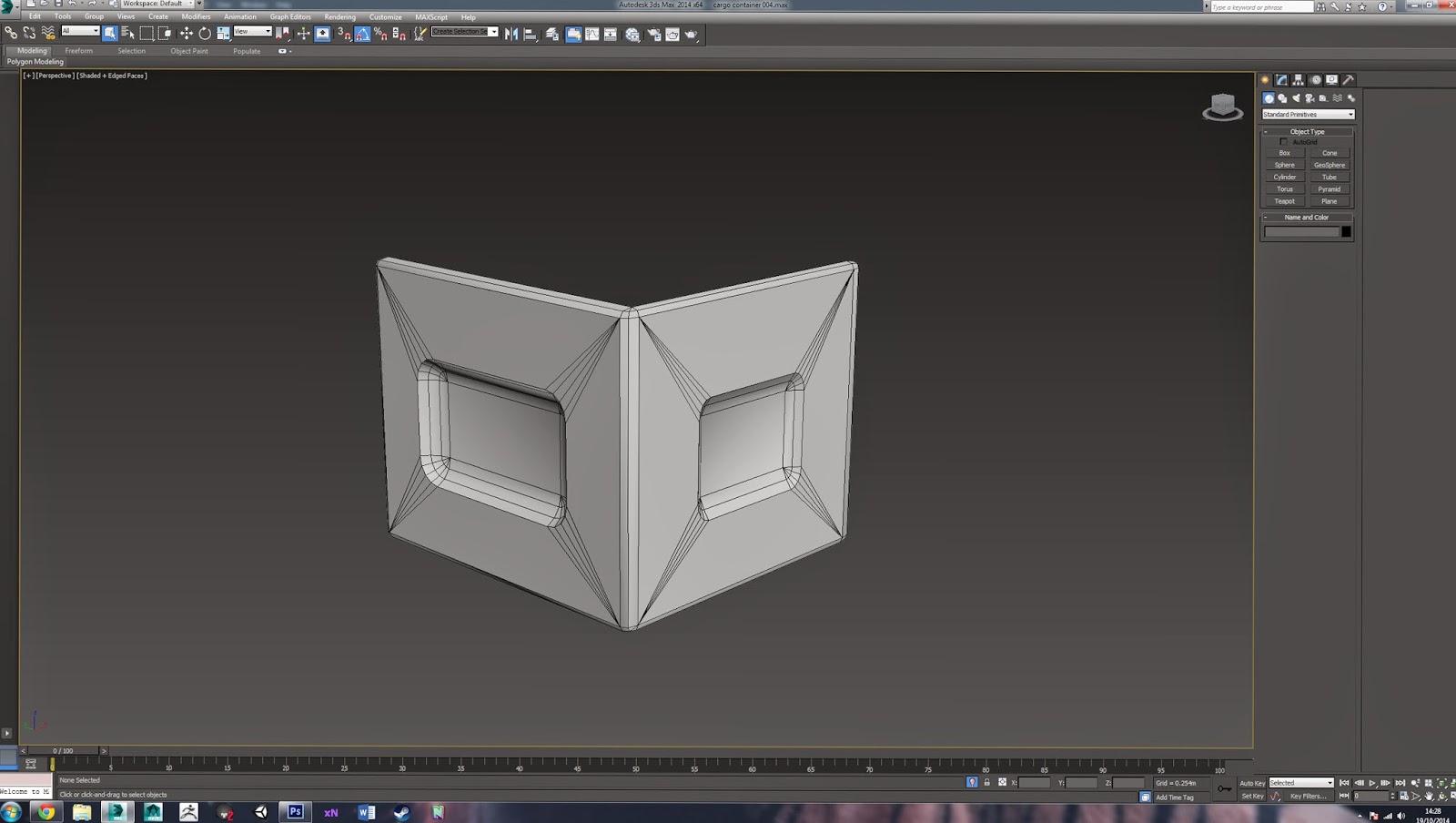 I then went and deleted two of the boxes side faces and tidied up the edge flow of the boolean. I then duplicated this round and filled in the gaps. 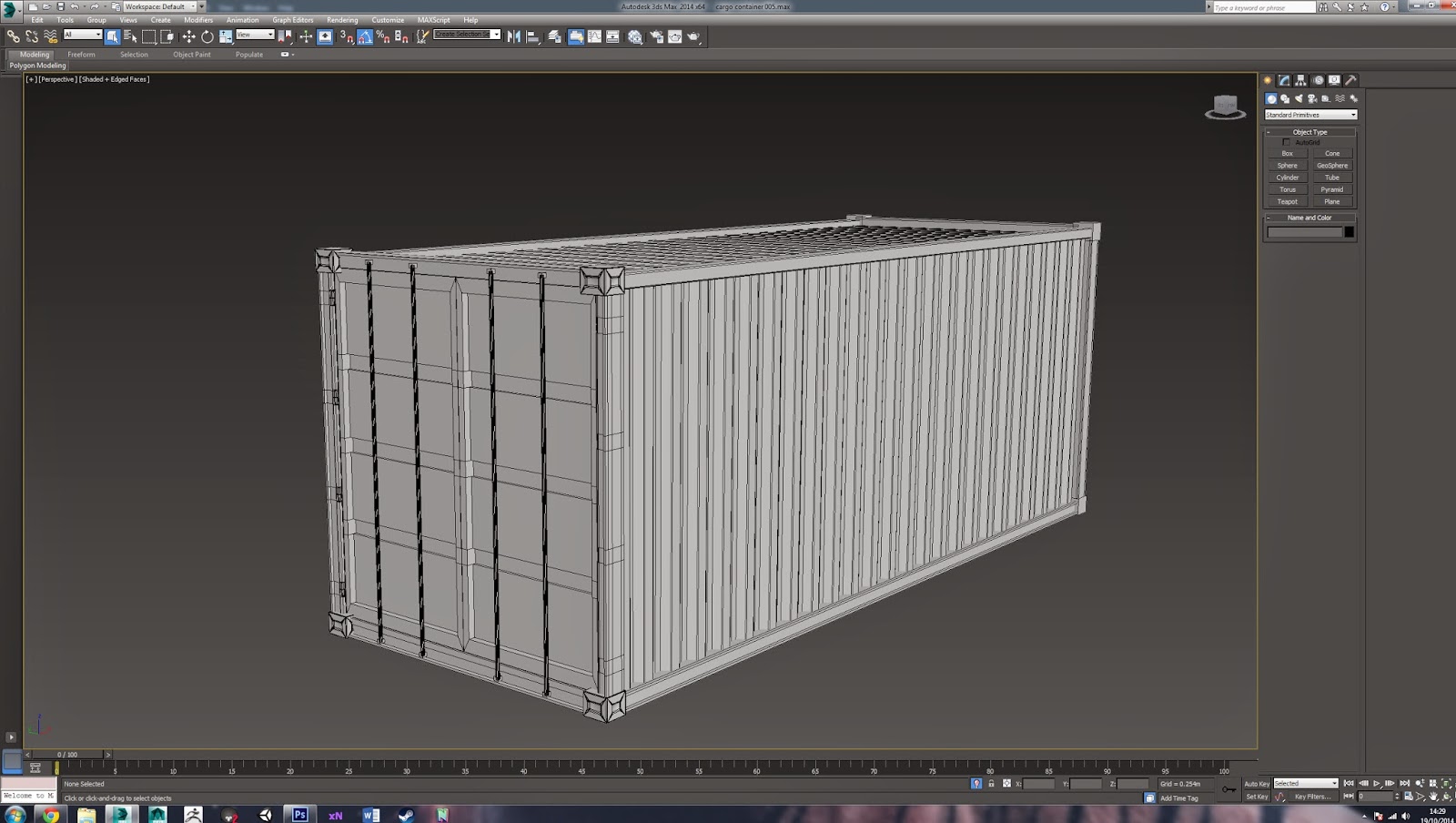 Moved on to creating move detail on the side girder where the door hinges would be. 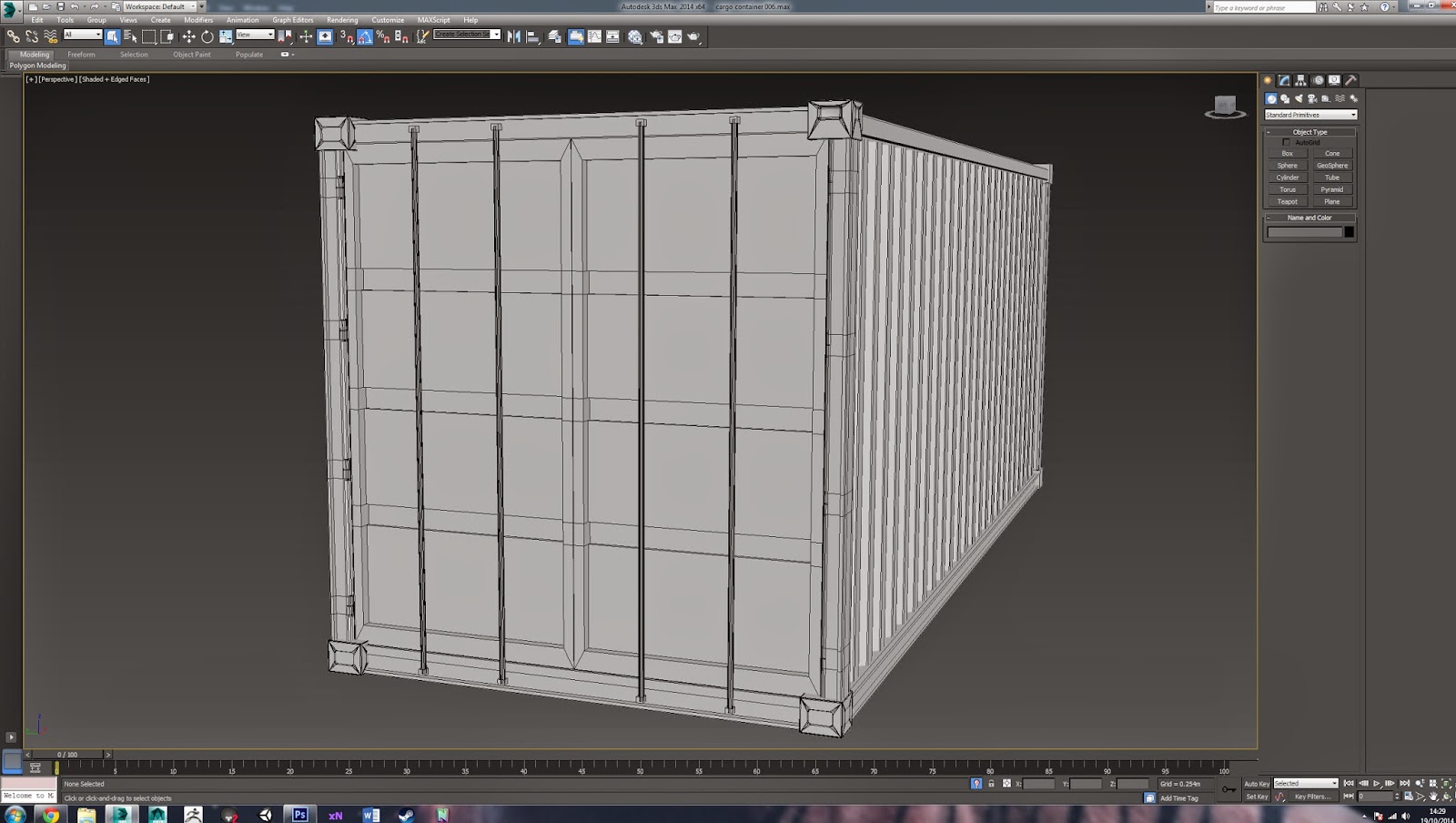 Blocked in the pole pieces which are used as the doors opening and closing mechanism. 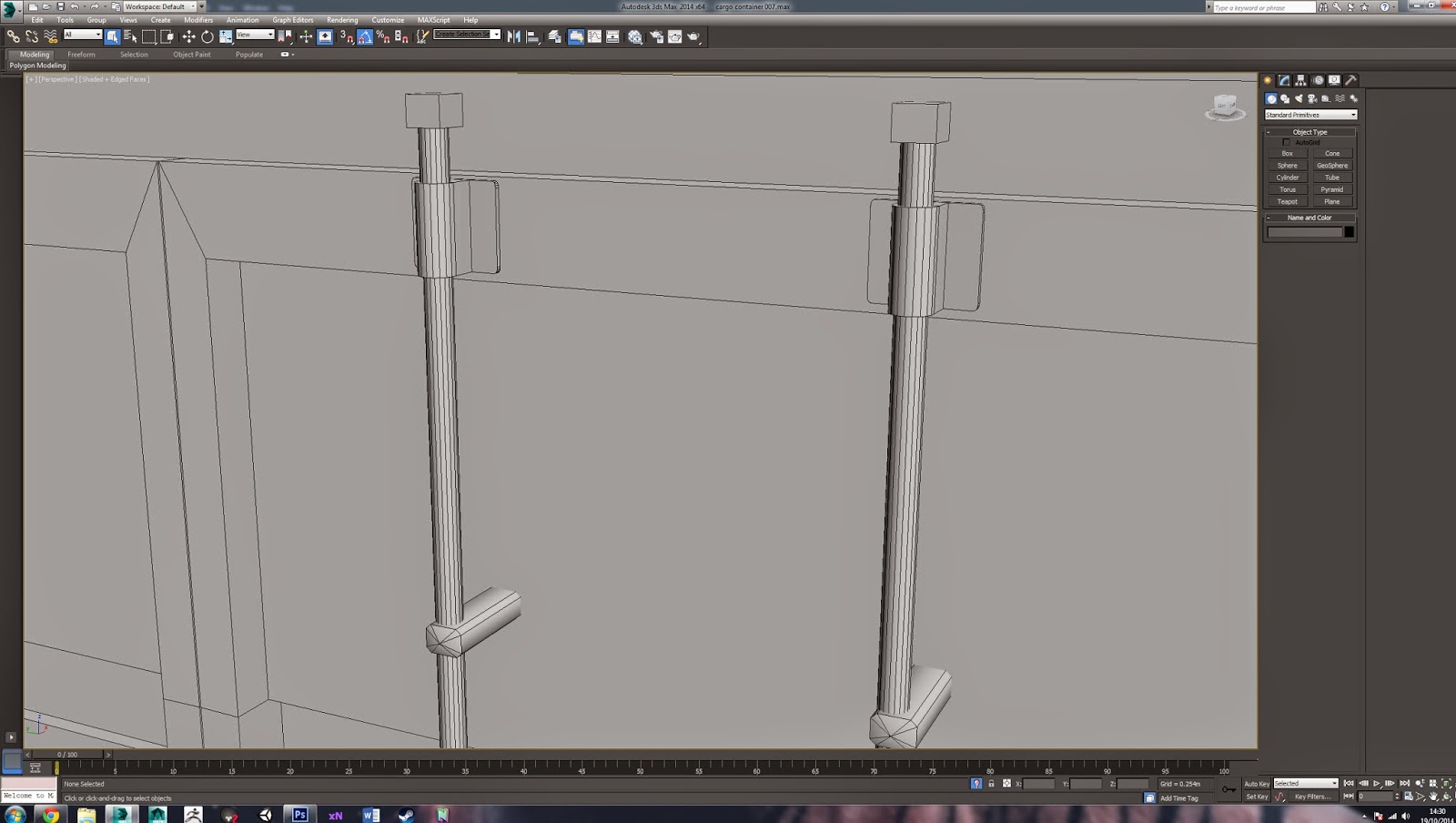 Close up of the mechanism. 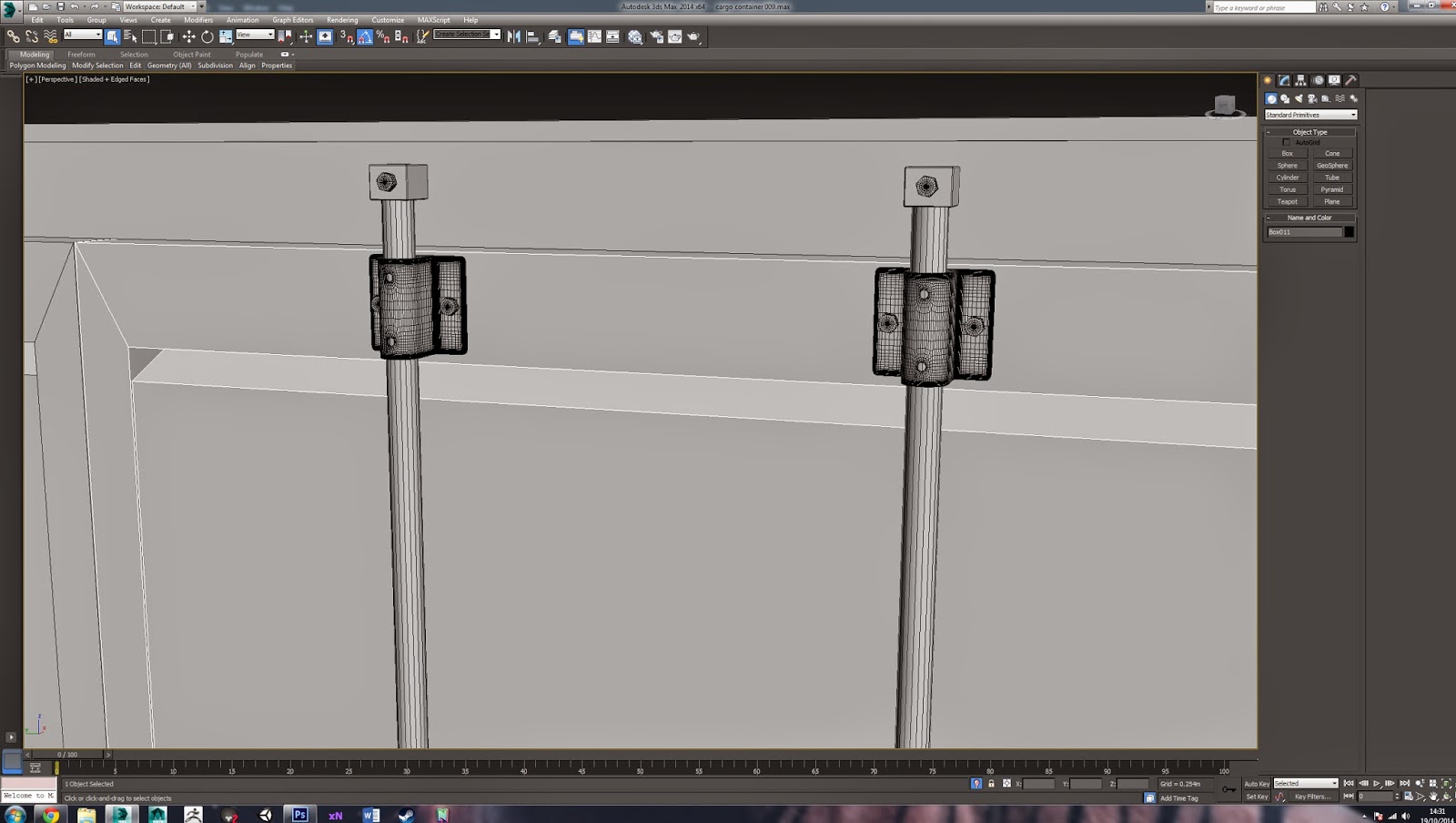 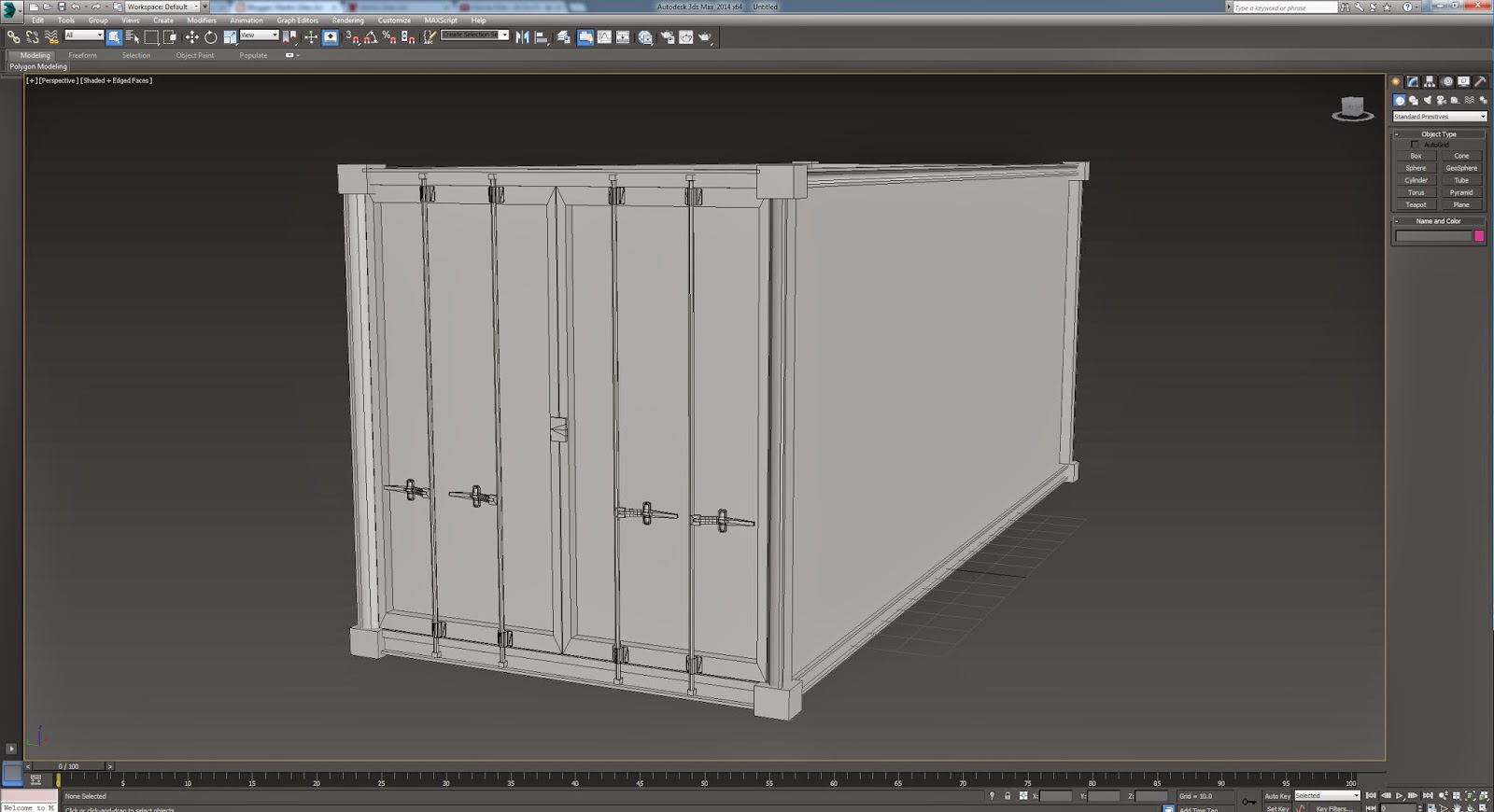 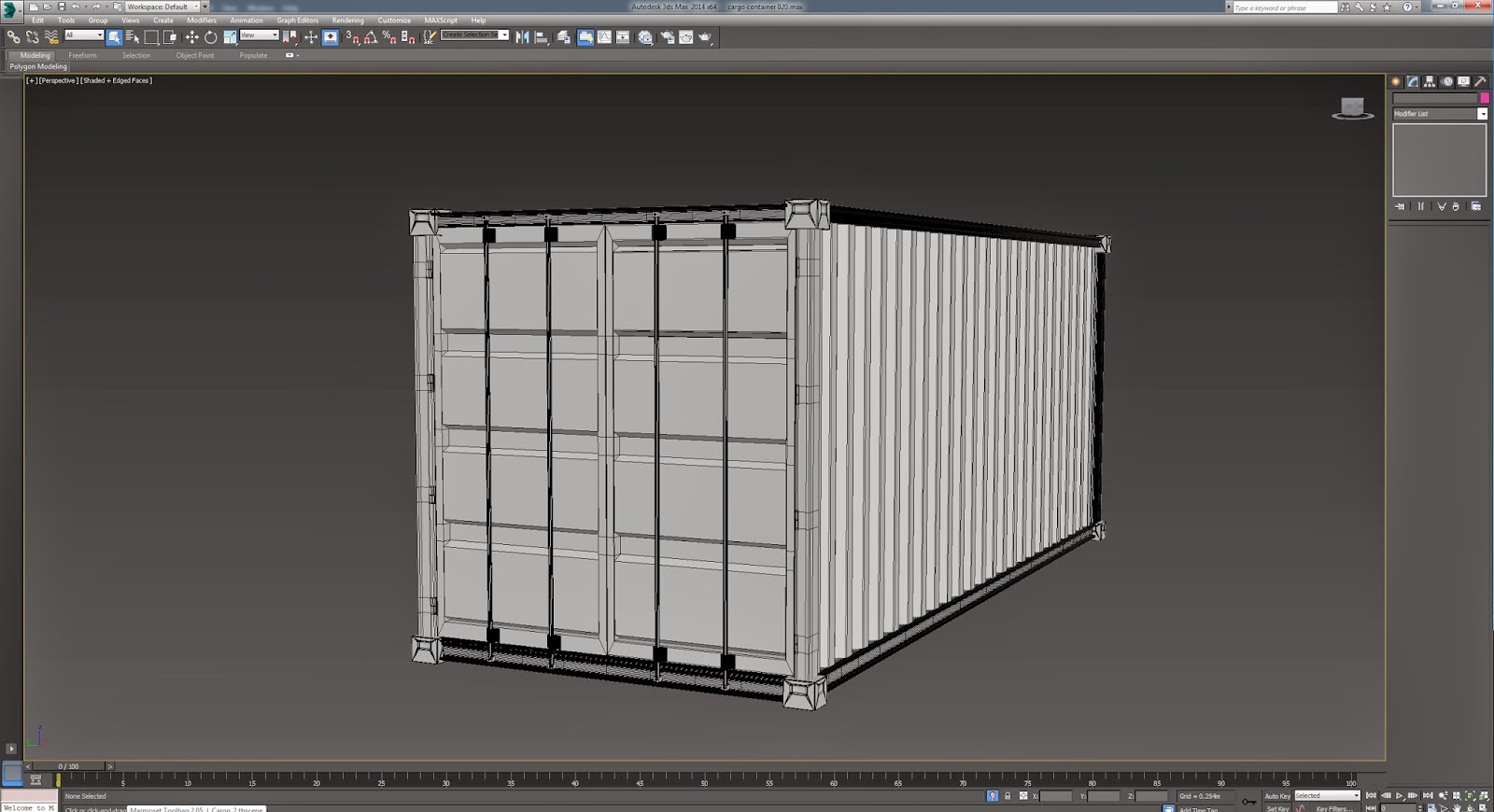 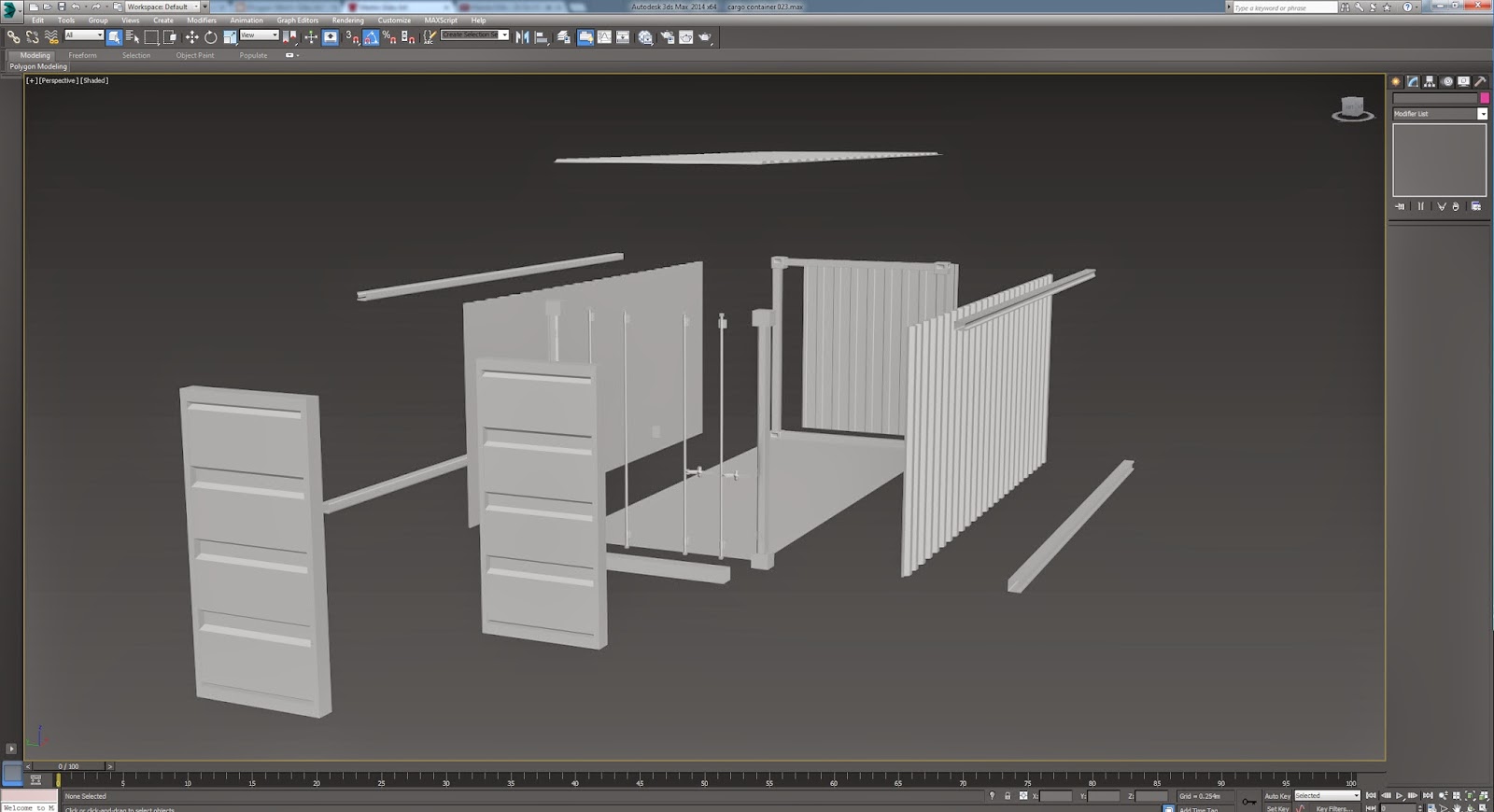 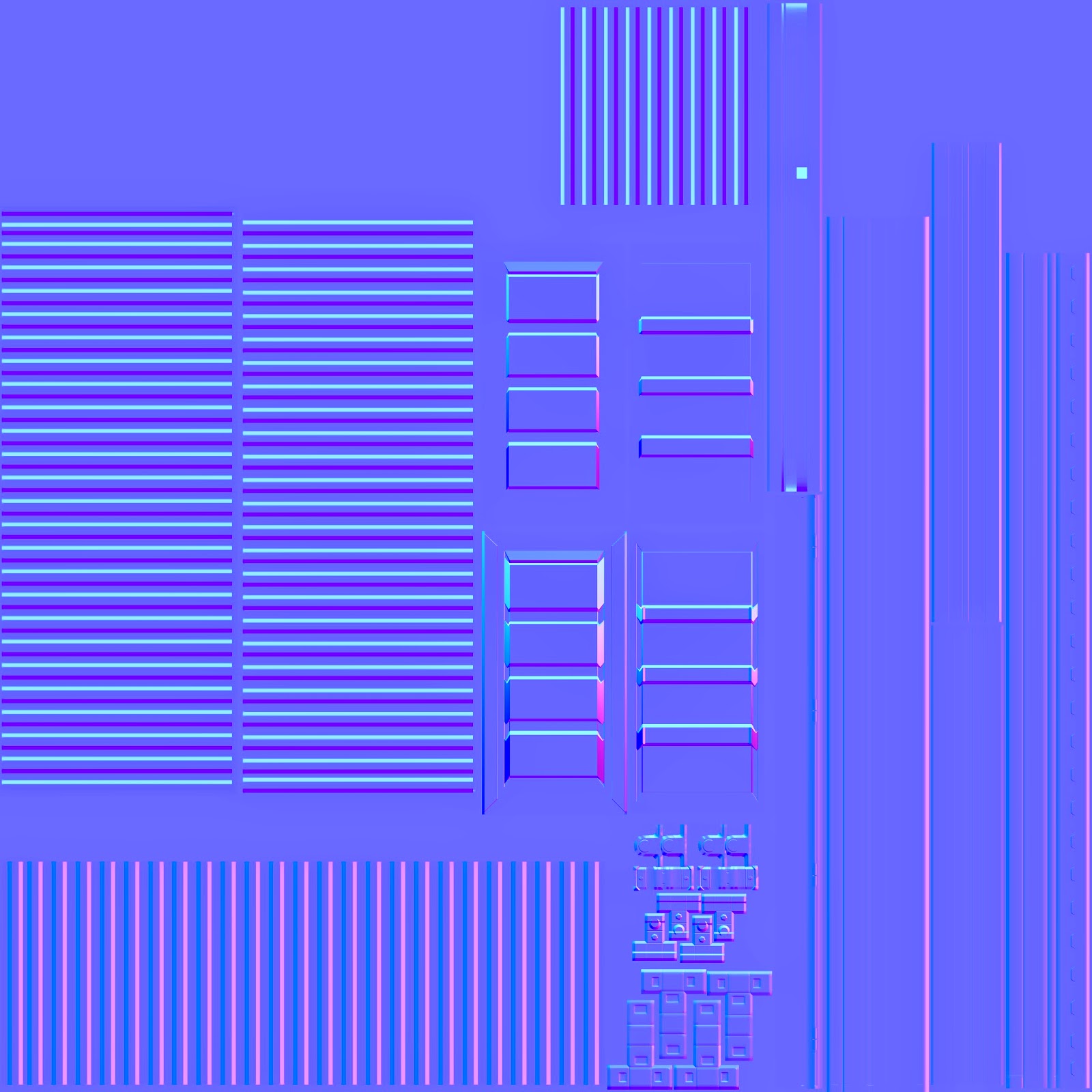 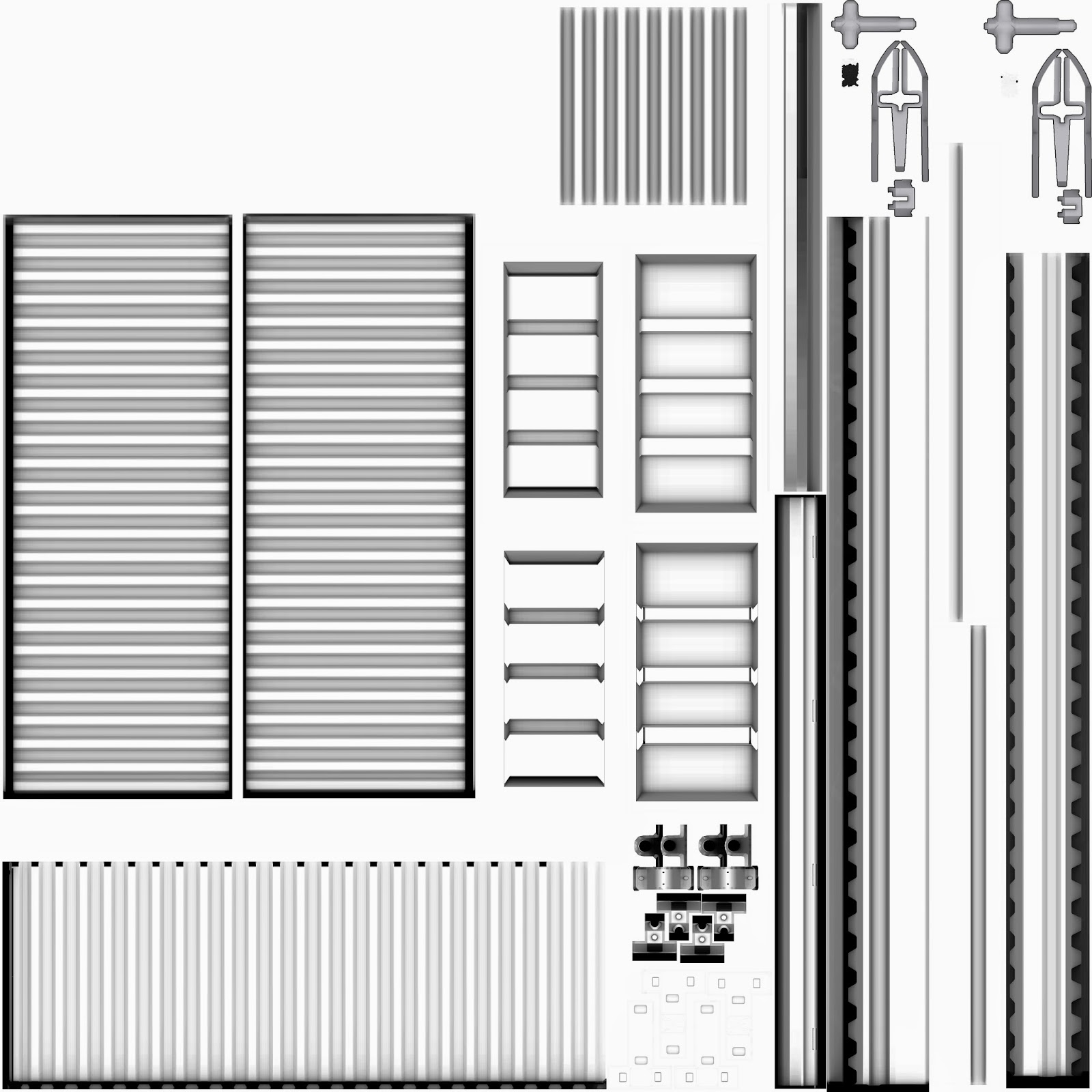 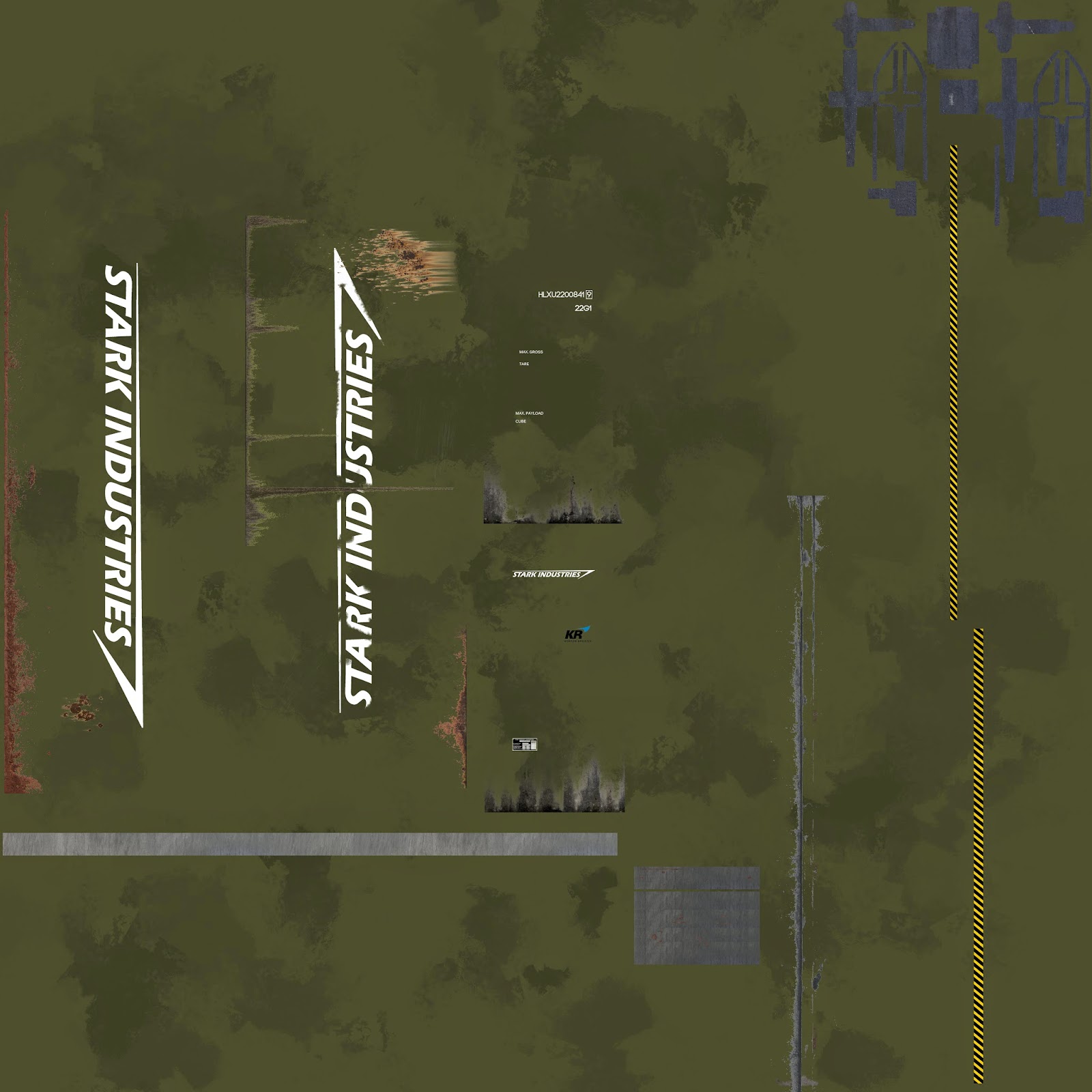 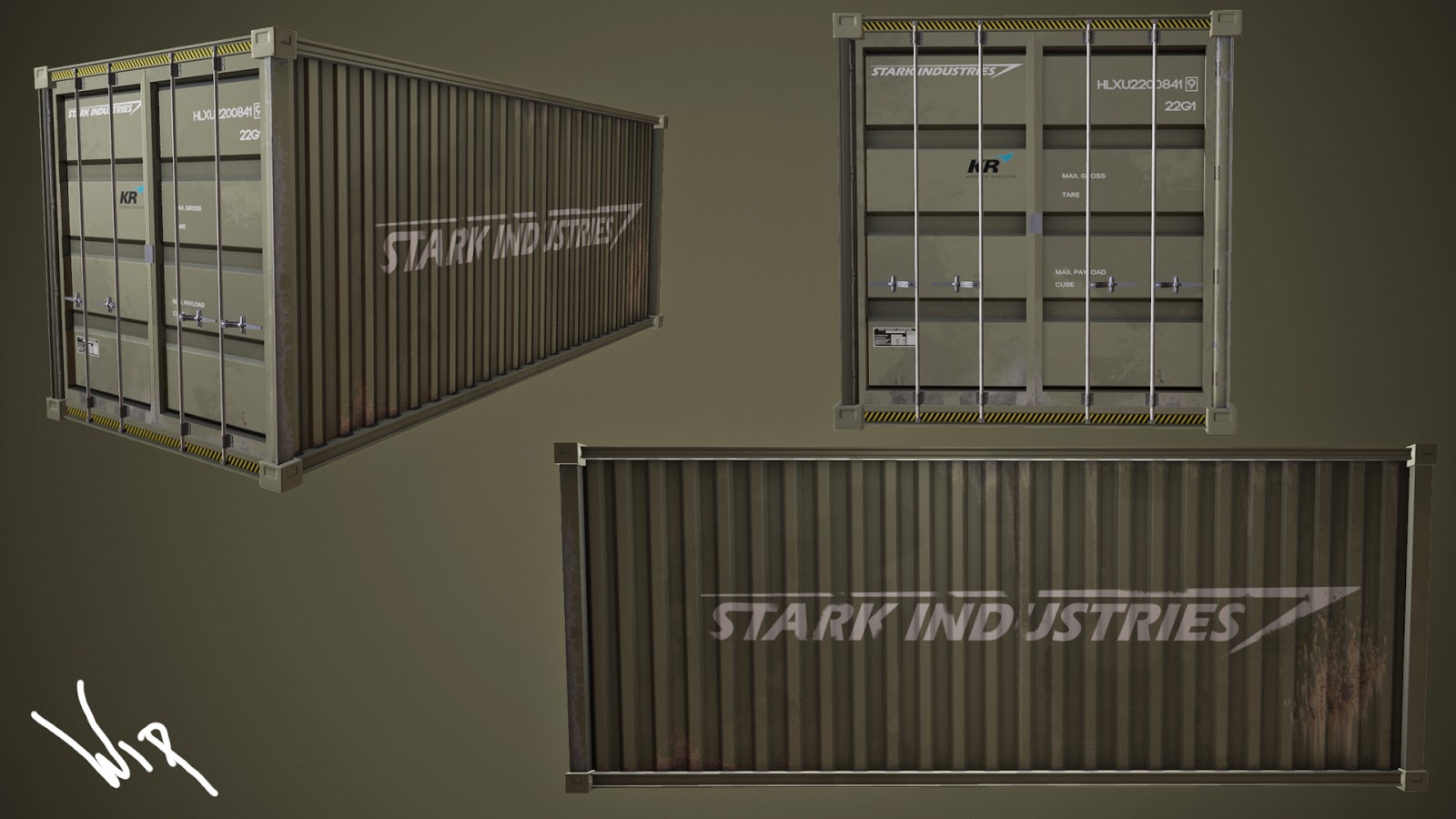 WIP render so far I also need to go back and edit the Normal map and AO map.